The Matlab/Simulink model of the Supergen (Sustainable Power Generation and Supply) Wind 5 MW exemplar wind turbine, which has been employed by a number of researchers at various institutions and Universities over the last decade, is reported. It is subsequently improved, especially in speed, to facilitate wind farm modelling, which usually involves duplicating wind turbine models. The improvement is achieved through various stages, including prewarping, discretisation using Heun's method in addition to Euler method, and conversion to C. Results are presented to demonstrate that improvement in speed is significant and that the resulting wind turbine model can be used for wind farm modelling more efficiently. It is important to highlight that improvement in speed is achieved without compromising the complexity of the turbine model; that is, each turbine included in a wind farm is neither simplified nor compromised. The use of the wind farm model for testing a wind farm controller that has recently been introduced is also demonstrated.

The 2016 statistic publication by WindEurope reports that there are 153.7 GW of installed wind energy capacity in the European Union. With such high penetration of wind power, the power generated by wind farms can no longer simply be that dictated by the wind speed. The power output of some wind turbines is already being curtailed [1, 2]. It will be necessary for wind farms to provide services to the grid including spinning reserve, frequency support and assistance with supply-demand matching, which could be achieved by the use of an appropriate wind farm controller. In order to design a wind farm controller, an efficient wind farm model, which can be executed fast and is detailed at the same time, needs to be developed – this is the main objective of the work presented in this paper.

The Matlab model of the Supergen Wind 5 MW exemplar wind turbine, which has been used by various researchers over the last decade, especially within the Supergen Wind Consortium is improved in speed. This is achieved through prewarping, discretisation and conversion to C in order. Discretising optimally prevents the Simulink solver from non-optimally performing numerical integration for simulating the stiff drive-train module, and thus improves the simulation speed. Discretisation is also an essential prerequisite for conversion to C. Subsequently converting the discretised model to C, and then to CMEX for simulation in Matlab/SIMULINK, further improves the simulation speed. It allows the discretised model to be duplicated and extended to constitute a wind farm model without increasing the simulation time exponentially in contrast to the original continuous model. The simulation results demonstrate that even with one hundred turbine models included in a wind farm, the simulation speed remains at 70s. It is important again to emphasise that each turbine model is neither simplified nor compromised. 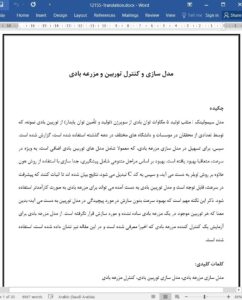 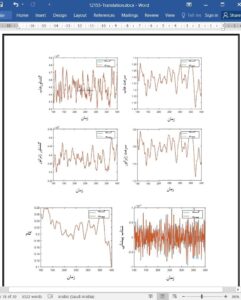 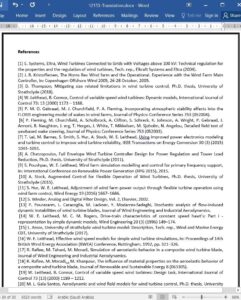