5G technology is called to support the next generation of wireless communications and realize the “Internet of Everything” through its mMTC (massive Machine-Type-Communications) service. The recently standardized 5G-AKA protocol is intended to deal with security and privacy issues detected in earlier generations. Nevertheless, several 5G-AKA shortcomings have been reported, including a possibly excessive computational complexity for many IoT devices. To address these, a promising lightweight 2-pass authentication and key agreement (AKA) protocol for 5G mobile communications has recently been proposed by Braeken. Compared to the 5G-AKA protocol, this does not require the use of public key encryption. This paper analyzes the security claims of Braeken’s protocol and shows that it does not provide full unlinkability, but only session unlinkability, and is (still) subject to Linkability of AKA Failure Messages (LFM) attacks. We propose solutions to such problems and prove that symmetric-key based protocols cannot offer higher privacy protection levels without compromising availability. We then describe an enhanced version of this protocol that addresses these vulnerabilities and supports forward secrecy, which is a desirable feature for low-cost IoT devices.

Recent advances in wireless and mobile technologies have led to massive growth in mobile services. By the end of 2019, more than 5.2 billion people were subscribed to mobile services, accounting for 67% of the global population. Although currently the 4th Generation (4G) mobile technology is the dominant technology, the evolving 5th Generation (5G) technology is gaining pace and is expected to account for over 20% of global connections by 2025 [1]. The Internet of Things (IoT) networks will be an integral part of the 5G evolution through the new mMTC (massive Machine Type Communications) service, which improves the existing NB-IoT (Narrow Band-IoT) and LTE-M (Long Term Evolution Cat-M1) services introduced in 2015. With the number of global IoT connections expected to more than double, to almost 25 billion, between 2019 and 2025, mMTC is intended to support connection densities of up to one million devices/km2 and ultra-low cost devices, with ultra-low cost operation and maintenance (battery life of 10–15 years) [2].

The solution proposed by 3GPP for 5G wireless networks regarding subscriber privacy relies on the use of a public key (of HN) that allows UE to encrypt the subscriber’s identity. A detailed analysis of the recently proposed Braeken protocol has shown that this protocol cannot provide the same privacy protection level as the 5G-AKA protocol because of its use of symmetric-key protection. The Braeken protocol is also shown to be subject to LFM attacks. 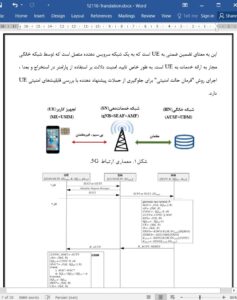 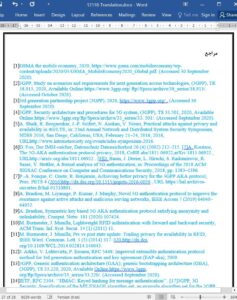