The application of blockchain in food supply chains does not resolve conventional IoT data quality issues. Data on a blockchain may simply be immutable garbage. In response, this paper reports our observations and learnings from an ongoing beef supply chain project that integrates Blockchain and IoT for supply chain event tracking and beef provenance assurance and proposes two solutions for data integrity and trust in the Blockchain and IoT-enabled food supply chain. Rather than aiming for absolute truth, we explain how applying the notion of ‘common knowledge’ fundamentally changes oracle identity and data validity practices. Based on the learnings derived from leading an IoT supply chain project with a focus on beef exports from Australia to China, our findings unshackle IoT and Blockchain from being used merely to collect lag indicators of past states and liberate their potential as lead indicators of desired future states. This contributes: (a) to limit the possibility of capricious claims on IoT data performance, and; (b) to utilise mechanism design as an approach by which supply chain behaviours that increase the probability of desired future states being realised can be encouraged.

Food supply chains have attracted research on improving food traceability and provenance by integrating IoT with blockchain [1]. While these studies have proposed pairing architecture and analytical models to show the competence of integration, theoretical explorations are required to explain how to couple these two technologies, which is critical for going beyond pilots and use cases. Existing blockchain-based food supply chain projects predominantly focus on food traceability and seek to deliver something resembling absolute truth, and thereby ‘solving’ traceability challenges of the grander claims [2,3] . There also appears to be a widely popularised myth surrounding features of ‘safe’ and ‘secure,’ which can be achieved by simply deploying blockchain to food supply chains.

If blockchains can be valuable records of the past, from our perspective, this is only the beginning of their potential. The capacity to formalise mechanisms for common knowledge formation amongst a group of agents opens up the possibility of not only historic validation but also the framing of desired future possibilities. Recalling that blockchains are good at ensuring data states are valid, we can now unshackle blockchains from being merely ledgers of the past and liberate their potential as specifiers of desired future states. Not only can desired future (data) states be specified, we can utilise blockchains to design mechanisms that link analogue behaviours in the wild to the realisation of desired futures wherein the extent of success can be confirmed by valid data states. We thus have the potential in the first instance to limit the possibility of capricious claims on performance; and secondly, we can design mechanisms by which behaviours that increase the probability of desired future states being realised can be encouraged. 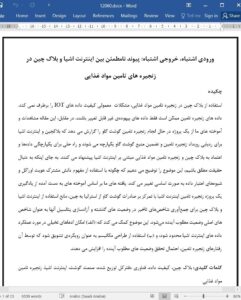 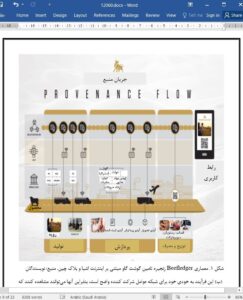