Understanding how to create and enhance consumer loyalty is crucial for firms across a wide range of industries—spanning consumer goods and service industries—to generate revenue (e.g., Brady, Voorhees, & Brusco, 2012) and improve profitability (e.g., Lee, Capella, Taylor, Luo, & Gabler, 2014). Knowledge about these aspects does, however, remain theoretically and empirically ambiguous. Although there is a presumption that efforts to strengthen satisfaction will bolster loyalty (Carlson, O'Cass, & Ahrholdt, 2015; Hackman, Gudergan, Wang, & Daniel, 2006; Wu, 2016; Yoo & Park, 2016), Kumar, Pozza, and Ganesh (2013) as well as Dolnicar, Coltman, and Sharma (2015) suggest that the link between satisfaction and loyalty is not as strong as generally assumed (for recent examples, see Brown, Smith, & Assaker, 2016). For instance, the link might be nonlinear (Kumar et al., 2013) and delight might also affect loyalty (Oliver, Rust, & Varki, 1997), which means that it would be insufficient to consider satisfaction as the sole (linear) antecedent of loyalty.

Kumar et al. (2013) suggest that models predicting loyalty should encompass not only satisfaction, but also theoretically substantiated supplementary antecedents, moderators, or both, as well as nonlinear relationships. Oliver et al. (1997) offer insights into the important complementary, but often neglected (Eisenbeiss et al., 2014; Kumar et al., 2013; Ranaweera & Menon, 2013), role of delight as a loyalty driver. Delight is the “key emotional response” (Finn, 2012, p. 100) to a consumption experience, along with that of satisfaction, which is cognitively connoted. Nevertheless, previous research on how delight and satisfaction impact on loyalty has produced inconsistent conceptualizations and findings. Our research is original in that it advances our understanding of satisfaction's and delight's parallel effects on loyalty by addressing these key limitations. By focusing on sport events as a growing segment within the service industry and ensuring external validity, we use a setting in which emotional responses (i.e., delight) are likely, thereby responding to Finn's (2012) call. Moreover, drawing on two large data sets that capture actual judgments of real-life consumption experiences, which Finn (2012) also suggested, the study finds that prospect theory is relevant and applicable to the domain of loyalty (intentions), since it implies that loyalty judgments are reference-dependent for delight and in all likelihood also for satisfaction. A negative quadratic relationship between satisfaction and loyalty as well as a negative cubic relationship between delight and loyalty are confirmed. By extending the nonlinear conceptualization and leaning on the accessibility-diagnosticity framework (Feldman & Lynch, 1988), we theoretically clarify the role of consumer involvement by using LPE as a moderator. Our empirical data support LPE's negative moderating effect on the main (i.e., linear) parts of the satisfaction-loyalty and delight-loyalty relationships. 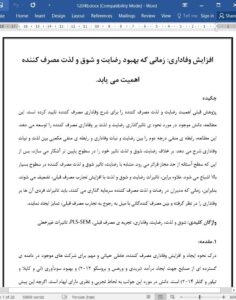 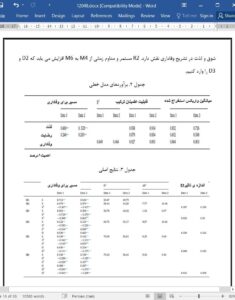 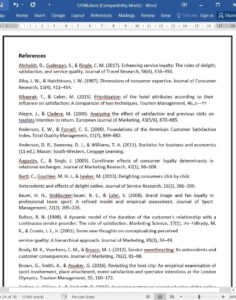