Cemented carbides are of great importance for the manufacturing industry. The outstanding properties of high hardness and wear resistance of this material, consisting mainly of tungsten carbide cemented with cobalt (WC-Co), have caused its use in a wide range of applications. The aim of this study is to provide comprehensive and detailed cradle-to-gate life cycle inventory (LCI) data for the typical non-Chinese production of WC-Co, which is assumed to take place in Canada and the United States. Different scenarios are presented regarding recycling rate and a life cycle impact assessment (LCIA) is conducted to illustrate the applicability of the LCI data. The LCI results in this study are of similar magnitude or lower compared to previous studies and indicate that the typical non-Chinese production requires less energy compared to Chinese production. The LCIA results show that the mining, hydrometallurgy and powder metallurgy phases in general dominate the cradle-to-gate life cycle impacts. Most of the impacts are caused by a limited number of inputs and outputs (e.g. kerosene, sulfidic tailings, water use during mining and electricity use), and recycling greatly reduces the impacts. A comparison with Chinese tungsten carbide (WC) powder production showed that the LCIA results in non-Chinese WC production were lower for climate change, photochemical oxidant formation and water depletion, but higher for terrestrial acidification, ozone depletion and freshwater eutrophication. The LCI data and the LCIA results for non-Chinese production can subsequently be used in product-specific cradle-to-grave life cycle assessments involving WC-Co or any of its precursors.

The outstanding properties of cemented carbides, including high hardness and wear resistance, have caused this material to be used in a wide range of applications, especially in rock drilling tools as well as cutting tools for metals, plastics, wood and composites in the manufacturing industry (Fang et al., 2014). Cemented carbides consist mainly of tungsten carbide cemented with cobalt (WC-Co) (Prakash, 2014). To date, only a few sources of life cycle inventory (LCI) data for WC-Co and its precursors exist. The recent paper by Ma et al. (2017) reported LCI data for the production of tungsten carbide (WC) powder, a precursor to WC-Co, for two production sites in China. The global tungsten mine production is indeed dominated by China at about 80%. However, less than half of the global production of cemented carbides occur in China and only 23% of that was exported in 2015 (Hu et al., 2016; Leal-Ayala et al., 2015). There is thus also a need for LCI data representing nonChinese WC-Co production. 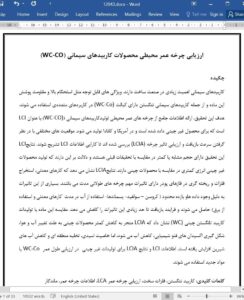 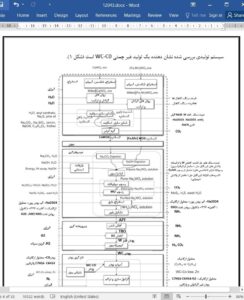 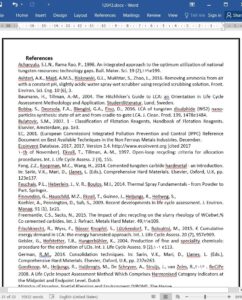