Rapid response to medical emergencies is one of the main goals of Emergency Medical Service (EMS) systems. Ability to provide timely response is affected by fleet size and the locations of the ambulances. Literature on ambulance location has been dominated by models which either maximize coverage, or guarantee coverage within some threshold. Recent work has shifted the objective from maximizing coverage to improving patient survivability. In this paper we compare the performance of three recent ambulance location model objectives by applying a simulation–optimization framework. Our findings show that the maximum survivability objective performs better in both survivability and coverage metrics. Further, the results also support using the survivability objective for resource constrained ambulance operators.

Rapid response to medical emergencies is one of the main goals of Emergency Medical Service (EMS) systems. Although, there is no global standardized response time (RT), in the US most EMS providers adopt the National Fire Protection Association’s 1710 standard. [1], which is 8 min 59 s for 90% of life threatening calls. EMS providers routinely report the number of calls they reached within the response time thresholds (RTT) as a key performance statistic. Consequently, research of EMS models in the past has predominantly focused on improving performance against prespecified RTT and ‘‘coverage’’ criteria [2–4].

In this paper, we developed a simulation model of the EMS operations to compare the performance of three well-known location model objectives in the recent literature: Maximum Coverage, Minimum Average Response Time, and Maximum Survivability. The simulation model removed several simplifying assumptions that are necessary in analytical models. The output generated from the simulation model enabled us to analyze coverage and survivability statistics for various response time intervals. This enabled us to better understand the differences between the objectives of the three models with respect to the given data which was highly variable depending on the day and time of the week. We evaluated the objectives on four criteria: (1) Percentage of calls covered, (2) Survivability, (3) Average Response Time, and (3)Workload balance among the fleet. Our findings show that the Maximum Survivability objective is superior to the other two objectives. The Maximum Survivability objective matched or performed significantly better than the other two objectives in all the four criteria. Table 5 summarizes our experimental results and rankings of the four objectives according to their performance with respect to the four criteria. It should be noted that the Minimum Average Response Time objective, while performing well in three of the four criteria, requires a larger sacrifice in coverage to achieve its goals. The Maximum Coverage objective performed the worst in three of the four criteria. 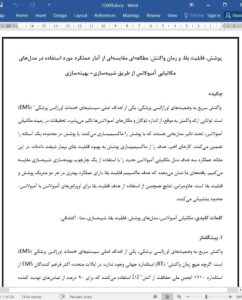 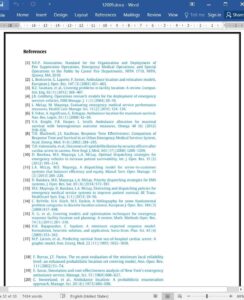