The use of stock options and credit default swaps (CDS) in banks is not uncommon. Stock options can induce risk-taking incentives, while CDS can be used to hedge against credit risk. Building on the existing literature on executive compensation and risk management, our study contributes novel empirical support for the role of stock options in restraining the use of CDS for hedging purposes. Based on data of CEO stock options and CDS held by 60 European banks during the period 2006–2011, we find a negative relationship between option-induced risk-taking incentives (vega) and the proportion of CDS held for hedging. However, the extent of CDS held for hedging is found to be positively related to default risk in the period leading to the financial crisis that erupted in 2007. The findings imply that restraining the use of stock options can incentivize hedging with CDS, but this risk management strategy will not necessarily produce lower default risk in times of systemic credit crisis.

To our knowledge, empirical evidence on the relationship between the use of stock options and CDS for hedging purposes in the banking industry is non-existent. Focusing on banks is imperative given the fact that banks are recognised as a major participant in the credit derivatives market that is dominated by CDS. Knowing that risk appetites at banks can be incentivized through the use of stock options, this poses the question of whether such a commonly implemented pay practice disincentivizes the use of CDS for risk management in banks. 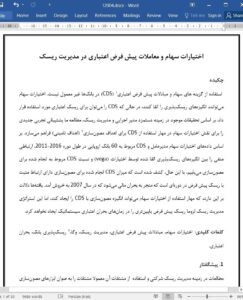 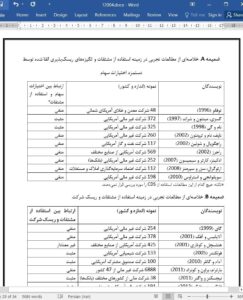