The paper deals with an overview of industrial robot usage possibility in automotive industry which nowadays is the most important customer of industrial robotic market. The first part of paper describes the situation of industrial robot usage and offers an overview of application of robots in world industry. Later we deal with the most common applications of robots, especially in the automotive industry, as well as trends and perspectives on the future of automotive robotics. Finally, there was presented a model task from real industrial practice in form of specific project overview about robotized tightening of screws on the production line of car seats at the end of the article.

Robotics is one of the key branches of automation in general, and not only in the mechanical engineering industry. Industrial robots and manipulators have found their application in a wide range of tasks that can perform and where can replace human operators. In searching for a suitable and generally valid definition of "what exactly the industrial robot is", we encounter several specific complications, mainly based on differences resulting from the differences between the Euro-American and Asian (especially Japanese) markets. Robot is any mechanical / mechatronic device equipped with kinematic pairs (joints) with a certain resulting degree of freedom of movement, which is intended for manipulation of objects for “eastern markets”. In contrast, the "western markets" are significantly stricter and they define the complex set of requirements for their control system performances as well as overall robot capabilities.

Today, in the time of automation of processes and implementation of Industry 4.0, it is essential that robots be part of the production process in car production, because every day there is an increasing demand on the speed and accuracy of production and, the quality of manufactured parts. Last but not least, it is necessary to take into account meet the legislative requirements arising from combating the negative effects of climate change and apply technological processes that will shorten the total production time and reduce the harmful impact on the environment. Reducing production time and replacing some employees in monotonous processes by robots also results into lower total production costs per vehicle and maximized company profits. After general overview about industrial robotics in the first part of this paper, we focused on an overview of industrial robots’ usage in the world, especially the automation of most common processes related to automotive industry. Furthermore, there are presented the most distinguish trends in automotive robotics, such as application of “cobots”, parallel robots equipped by intelligent sensors, etc. 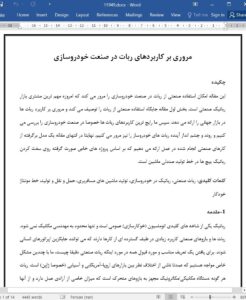 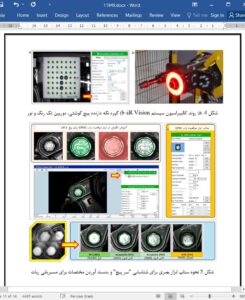 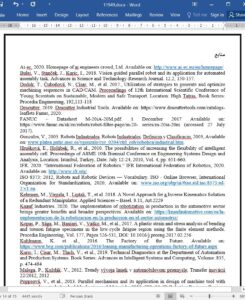