Competition between food retailers is often assumed to be asymmetrical, whereby one retailer may compete with another retailer but not vice versa. Little is known about how (a)symmetric competition among retailers currently is. One way to investigate this is to use word of mouth data. A mixed methods analysis of customer comments on social media confirms the existence of asymmetric competition among German food retailers, mainly between supermarkets and discounters. Overall, consumers compare competitors frequently on the basis of their assortments, the price-performance ratio as well as quality and freshness. The results have implications for competition policy and strategic management.

Competition is fundamental to the functioning of markets. This also applies to food markets, where retailers are becoming increasingly concentrated (Richards et al., 2018). One focus of competitive investigations is on so-called asymmetric competition (Amit and Schoemaker, 1993; Blattberg and Wisniewski, 1989; Carpenter et al., 1988; Chen, 1996; DeSarbo et al., 2006). The term “asymmetric competition” describes the extent to which companies are unevenly in competition with each other. For example, the customers of a supermarket may see a nearby discounter as a shopping alternative; while the customers of the discounter may not consider the supermarket as an alternative for their food purchases. While the existing body of research suggests that asymmetric competition exists especially between store formats (Cleeren et al., 2010; Gonz´ alez-Benito et al., 2005), strategies such as the listing of branded products by discounters are a sign that the competition between and within formats has changed in recent times (Cardinali and Bellini, 2014; German Retail Blog, 2012). Measuring and understanding these competitive interactions is fundamental for retail firms who want to create competitive advantage and public administrators who regulate competition (Dobson et al., 2003; Gonzalez-Benito et al., ´ 2005; Hossain et al., 2020). 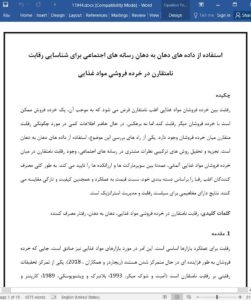 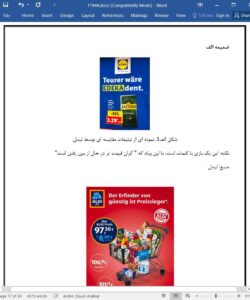 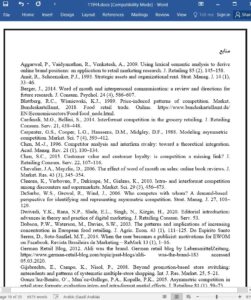