Energy and human’s ability to transform energy into useful work has been the cornerstone of the development of civilizations. Throughout the majority of human existence, we relied solely on metabolic energy derived from plants and animals. In only a few centuries, society has almost completely transformed, from relying on somatic energy to become almost entirely dependent on fossil fuels. The combustion of hydrocarbon energy resources has had detrimental impacts on our environment, which has initiated a push for clean energy. This research study explores the metabolic energy output of humans, specifically within an exercise facility, to evaluate the feasibility of electrical power to be sustained from human-powered energy. Two rowing workouts were evaluated and then compared to solar photovoltaic as an alternative renewable energy. The result of the study demonstrates that 40 members of various physical abilities can collaboratively provide 3–5% of the gym’s average daily electricity demand if converted at an efficiency of 64%. The cost of converting the rowing machines resulted in a 33-year payback period.

The development of pre-industrial civilization was powered by metabolic energy of humans and animals. Over time, advancements in technology and engineering have moved us away from human’s endosomatic1 (metabolic) power to become almost entirely dependent on fossil fuels. Growing populations, increasing quality of life, and diminishing resources have put significant stress upon the energy sector to meet increasing demand for fossil fuels, whereas environmental concerns, most notably climate change, have prompted decreasing usage. In 2016, the Environmental Protection Agency (EPA) implemented the Clean Power Plan, issuing carbon dioxide emission goals and encouraging the use of clean energy resources. Many states have also developed renewable portfolio standards (RPS) to promote the adoption of renewable electricity generation, energy efficiency, and other clean energy technologies, for example carbon capture and storage. The state of South Carolina has recently passed the House Bill 1189, which requires 2% of electricity generation from renewable energy resources by 2021 ((2013–2014) Bill 1189 Text of Previous Version 2014).

In conclusion, this study suggests that human-generated electricity should be further analyzed for better efficiencies in electricity conversion and further analyzed in remote areas that do not have access to dependable electricity providers or alternative renewable resources. Human-generated electricity may not be the ideal solution for replacing fossil energy, but may be worth exploring policies to count humanpowered electricity under the RPS under very limited situations, i.e., within gyms. Adding it to the list of renewable generation could promote healthier lifestyles and ameliorate the obesity rate. However, this study concludes that solar PV is preferable to human-powered electricity in most economic respects, such as payback period or LCOE. 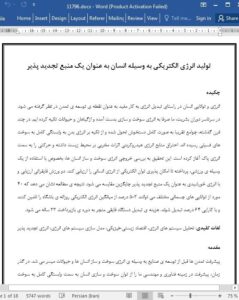 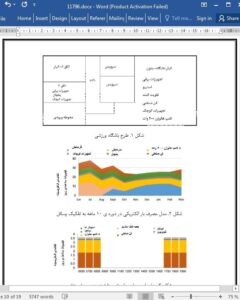 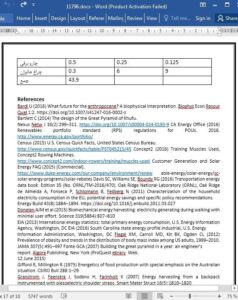