Geiger, Raghunandan, and Rama (2005) examine auditor going-concern decisions prior to client bankruptcy in the periods surrounding the enactment of the Sarbanes-Oxley Act (2002) at the start of this century and find evidence of improved conservatism. Feldmann and Read (2010) replicate and extend Geiger et al. (2005) and find that the proportion of going-concern opinions (GCOs) increases sharply in the post-SOX period (2002 − 2003) relative to the pre-SOX period (2000 − 2001). They show, however, that the improvement in conservatism is largely transitory and that the GCO ratio quickly declines over time, ultimately returning to its pre-SOX level by 2006. In this paper, we examine the prior audit opinions that auditors issued for a sample of 340 U.S. public companies that filed for bankruptcy during the years 2006–2015, a period that includes the recent Great Recession (hereafter, GR). Our analysis sheds light on whether the enormity of the GR resulted in a long-lasting change toward conservatism in auditor going-concern decisions on bankrupt clients. Controlling for confounding factors, we find that auditors were significantly more likely to issue GCOs to subsequently bankrupt clients following the onset of the GR. Finally, controlling for confounding factors, we find no significant change in the propensity of auditors to issue a GCO during the two post-GR recovery periods compared to going-concern decisions during the GR.

U.S. legislators expressed concerns that companies often fail shortly after receiving a standard (unmodified) audit opinion, and criticized auditors for failing to warn the public of their client's impending financial collapse (cf., U.S. House of Representatives, 1985, 1990, 2002; U.S. Senate, 2002). Auditors, through going-concern modified audit opinions (hereafter, GCOs), publicly convey their assessment of whether substantial doubt exists about the client's ability to remain viable and continue as a going-concern. Kida (1980) and Mutchler (1984) suggest that auditors perceive a greater risk of economic loss when a client files for bankruptcy without having received a prior GCO. Prior research finds that auditors, in approximately 50% of the cases, make Type II errors (i.e., issuance of an unmodified audit opinion in the year preceding the filing of bankruptcy).

More GCOs are generally interpreted by the literature as enhanced auditor independence (DeFond & Zhang, 2014). Prior research finds a sharp increase in the propensity of auditors to have issued a GCO prior to their client's filing for bankruptcy in the post-SOX period 2002–2003. However, such evidence of auditor reporting conservatism was found to be short-lived as the proportion of going-concern modified opinions issued to subsequently bankrupt clientele declines over time to its historical, pre-SOX level. 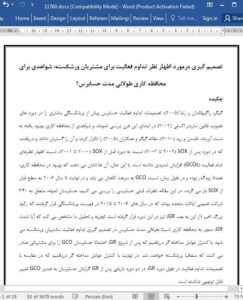 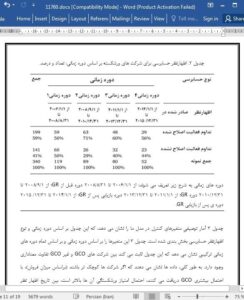 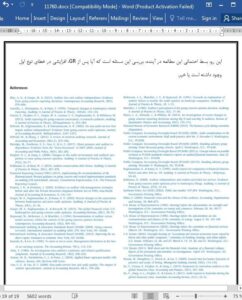