We have cloned a novel member of the nuclear receptor superfamily. The cDNA of clone 29 was isolated from a rat prostate cDNA library and it encodes a protein of 485 amino acid residues with a calculated molecular weight of 54.2 kDa. Clone 29 protein is unique in that it is highly homologous to the rat estrogen receptor (ER) protein, particularly in the DNA-binding domain (95%) and in the Cterminal ligand-binding domain (55%). Expression of clone 29 in rat tissues was investigated by in situ hybridization and prominent expression was found in prostate and ovary. In the prostate clone 29 is expressed in the epithelial cells of the secretory alveoli, whereas in the ovary the granulosa cells in primary, secondary, and mature follicles showed expression of clone 29. Saturation ligand-binding analysis of in vitro synthesized clone 29 protein revealed a single binding component for 173-estradiol (E2) with high affinity (Kd= 0.6 nM). In ligand-competition experiments the binding affinity decreased in the order E2 > diethylstilbestrol > estriol > estrone > 5a-androstane-3,,17p-diol >> testosterone = progesterone = corticosterone = 5a-androstane-3a,173-diol. In cotransfection experiments of Chinese hamster ovary cells with a clone 29 expression vector and an estrogen-regulated reporter gene, maximal stimulation (about 3-fold) of reporter gene activity was found during incubation with 10 nM of E2. Neither progesterone, testosterone, dexamethasone, thyroid hormone, all-trans-retinoic acid, nor 5a-androstane-3a,17j3- diol could stimulate reporter gene activity, whereas estrone and 5a-androstane-3p,17j-diol did. We conclude that clone 29 cDNA encodes a novel rat ER, which we suggest be named rat ER8 to distinguish it from the previously cloned ER (ERa) from rat uterus.

In this study a novel member of the steroid receptor family was identified. Clone 29 protein displays high-affinity binding of estrogens and in a transactivation assay system activation of the expression of an ERE-containing reporter gene construct by clone 29 protein in the presence of estrogens could be measured. We suggest that this clone be named rat ER3, to differentiate it from the previously cloned ER (ERa) from rat uterus (17). 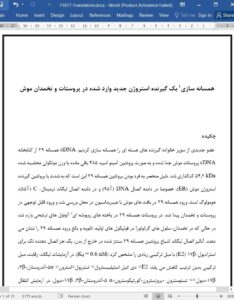 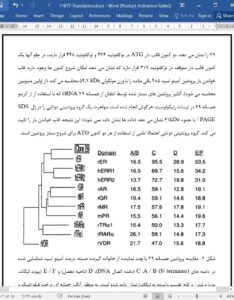 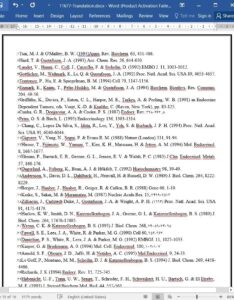