This paper presents an experimental investigation on the variation of residual fracture toughness of concrete with elevated temperatures. A total of 80 beams 150 × 150 × 750 mm were tested under three-point bending, half of which had a 25-mm initial notch at mid-span and the rest of which had a 60-mm initial notch. The temperatures used in the study were 50, 100, 150, 200, 250 and 300 °C. The study also includes cyclic heating effects where the specimens were subjected to cycles of heating and cooling. In each cycle, the specimens were placed in a furnace preheated to the desired temperature for 24 h and then removed and left to cool for another 24 h. The process was repeated for the desired number of cycles. The results show that the residual fracture toughness of concrete decreases with the increase in temperature. The results also show that the fracture toughness is further reduced with the increase of number of heating and cooling cycles.

In some structures such as chimneys and nuclear power plants, the concrete may be exposed to high temperatures during operating hours. Although the concrete in such structures is always provided with adequate insulation, nevertheless, it is difficult to inspect the insulation and there is always a possibility of its deterioration. Also, problems with the cooling system in nuclear power plants may lead to hazardous situations were the concrete overheats. The exposure of concrete to elevated temperatures has a direct effect on its compressive, tensile and flexural strength’. In order to be able to assess the concrete performance in general, it is always important to determine its fracture toughness (K,c) under operating conditions. So far, little research has been done to study the fracture behavior of concrete under elevated temperatures.

2. The closed-form solution used for computing the fracture toughness for concrete gives different values for different ratios of (a:b). This is mainly due to the fact that the closing pressure due to the aggregate interlock at the crack tip zone is not taken into consideration in the used closed-form solution. This important point is currently under investigation by the authors. 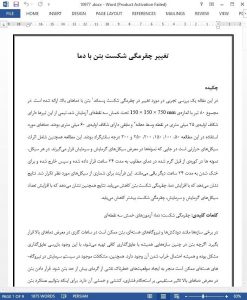 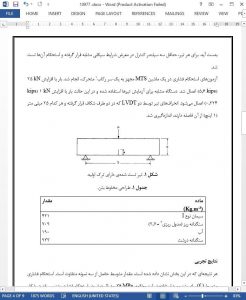 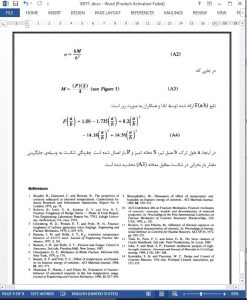