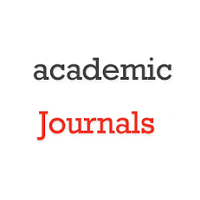 Fusarium blight of soybean, caused by Fusarium oxysporum is one of the most destructive diseases of the legume. The pathogen is difficult to control owing to its persistence in the soil and wide host range. Soil tillage practice is one of the most important components of cultural soil management techniques that have a great influence on intensity of plant diseases. This study investigated the effect of tillage practice on the severity of Fusarium blight and yield of soybean. The land used for the trial was artificially inoculated with inoculum suspension of F. oxysporum left for one week before tillage. The experiment was laid out in a randomized complete block design (RCBD) with four treatments, each replicated three times. The treatments consist of ploughing only (P), ploughing followed by harrowing (PH), harrowing only (H) and no tillage (control). The parameters assessed include disease severity, number of pods per plant, pod length, pod weight, 100 seed weight and total seed yield.