Nonafluorobutanesulfonyl azide is an efficient, shelf‐stable and cost‐effective diazo transfer reagent for the synthesis of azides from primary amines. The reagent can also be successfully applied to the one‐pot regioselective synthesis of 1,2,3‐triazoles from primary amines by a sequential diazo transfer and azide–alkyne 1,3‐dipolar cycloaddition process catalyzed by copper. The cycloaddition step can be conducted in an inter‐ or intramolecular way to afford 1,4‐ or 1,5‐disubstituted triazoles, respectively. The atypical 1,5‐regioselectivity under copper catalysis is a consequence of geometrical constraints of the amino‐alkyne substrates used in the intramolecular version. Nonafluorobutanesulfonyl azide offers an advantageous alternative to the better known and most commonly used trifluoromethanesulfonyl azide.

Organic azides have found many important applications in organic synthesis,[1] chemical biology,[2] and materials science[3] thanks to their versatile chemistry. Thus, azides are readily reduced to amines, amides or carbamates, act as precursors for nitrenes and as radical traps, and undergo a variety of named reactions including 1,3-dipolar cycloadditions and rearrangement processes.[1] From a practical point of view, in addition to their widely recognized utility for the synthesis of 1,2,3-triazoles,[4] azides are convenient and atom-economic protecting groups for primary amines[5,6,7] and have found use as photoaffinity reagents for biomolecules[8] and as bioorthogonal chemical reporters in biological systems.[2,9]

To a solution of the corresponding amine 10 (0.6 mmol) in water (0.8 mL) was added in sequence MeOH (2.2 mL), NaHCO3 (0.201 g, 2.4 mmol), a solution of nonafluorobutanesulfonyl azide (0.295 g, 0.9 mmol) in CH2Cl2 (1.2 mL). After stirring the reaction mixture at room temperature for 12 h, CuSO4·5H2O (14 mg, 0.06 mmol) and sodium ascorbate (178 mg, 0.9 mmol) were added and the reaction was stirred at room temperature for 3 h. The mixture was concentrated under reduced pressure, CH2Cl2 (15 mL) was added, and the resultant solution was washed with a saturated aqueous solution of NaHCO3 (4  10 mL). The organic layer was separated, dried over Na2SO4, and concentrated under reduced pressure. The residue was purified by flash column chromatography to afford the corresponding tricyclic triazole 11. 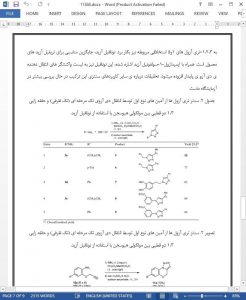 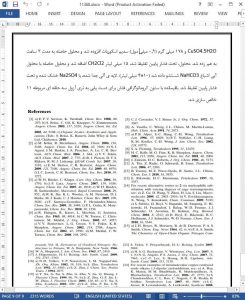