The impact of technological innovation on organizational performance has been of interest to researchers since Trist and Bamforth’s [42] studies in British coal mines led to the development of sociotechnical theory. In the subsequent half-century, many researchers have studied the interaction of social and technical aspects of organizations and the effects of such interactions on organizational performance. Research has emphasized individual, group or organizational behavior, and it has recognized the ability of technology to assist in reengineering work patterns, building electronic coalitions internally and externally, and disseminating information throughout the organization. However, there has been little or no work on how technological innovation impacts the relationships among levels in an organization specifically among individuals, groups, and the organization itself. Further, the constant evolution of technology suggests that the impacts of technology will continue to transform organizations in new and profound ways that have yet to be identified [28].

The model presented in this paper serves as a first step toward understanding the key factors that impact the relationships between the various levels within an organization. Businesses should consider our observations when evaluating an IT investment intended to enhance either the relationship between individuals in the organization and groups to which they belong or the relationship between individuals and the organization itself. We have shown that technologies should be convenient and easy to use, develop a sense of fairness and equity among peers, and engender both a sense of membership and connection to the organization. Some negative effects to the individual-organization relationship appear as a result of the impersonal nature of technology, but overall the positives outweigh the negatives, and communication that is more personal (e.g., faceto-face, telephone), possesses its own set of shortcomings, particularly inconvenience, inequity, and exclusion. The negative effect of impersonal technologies is less pronounced in the individual-group relationship. 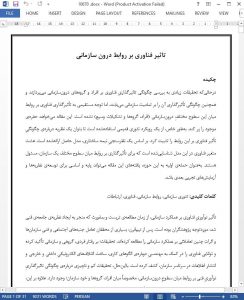 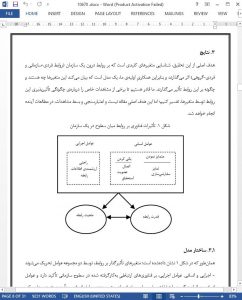 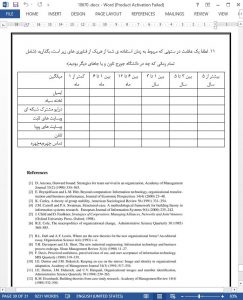