The triple helix model of university-industrygovernment relations is explicated for the transfer of technology. Drawing upon a broad range of international instances, the stages and phases through which the institutional spheres most relevant to innovation are drawn into a more productive relationship are discussed in comparison to alternative models.

Innovation is a complex and dynamic process that moves ever closer to the center of the political arena. For example, to better position Vice President Al Gore for the 2000 presidential election, several technological and environmental initiatives were included in proposals for the 1999 US federal budget Davis, 1998 . In the European . Union, the subsequent Framework Programs have focused on research, technology, and development RTD networks for reshaping relations in terms of S&T policies among the member states. Moreover, the Framework Programs have shifted from a specific attention to particular technologies, such as land and air transportation vehicles, to a broader focus on enabling technologies, e.g., the ‘‘European Information Society,’’ thus intersecting with the US information superhighway (IRDAC, 1997) .

10. Organization of the theme issue

The various contributions to this issue have been selected from the more than hundred papers presented at the Second Triple Helix Conference at the State University of New York at Purchase. The issue opens with a set of reports about ongoing developments in various parts of the world. A second part is devoted to theorizing, and in the third part we turn to policy issues at the global level.

Part I (‘‘The Transfer System in Transition’’ ) . opens with a case history by Magnus Klofsten, Dylan Jones-Evans, and Carina Scharberg entitled ‘‘Growing the Linkoping Technopole - A Longitudinal Study of the Triple Helix Development in Sweden.’’ The Linkoping region is often ¨ mentioned as an extremely successful region for technology transfer and technology integration. The paper highlights the crucial role of universities in this process. 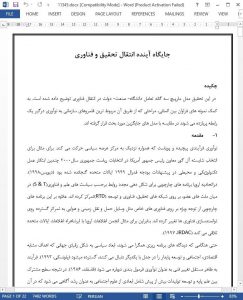 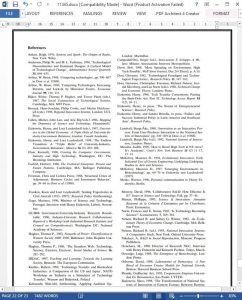