Reinforced concrete structural members are primarily subjected to static gravity loads. The conventional steel reinforcement is used to provide additional tensile strength and energy absorption capacity to concrete members. But conventional M.S. (Mild steel) or HYSD (High Yielding Strength Deformed) bars are heavy in weight, costly, nonrenewable and un-ecofriendly material. Aiming to mitigate this concern a sustainable, renewable, ecofriendly material like bamboo has been used as substitute to steel in the present work. Bamboo-concrete Bond behaviour was first studied through a series of pull-out tests. Bond strength investigation has resulted in a unique bamboo strip profile along with a surface treatment the combination of which exhibited maximum bond strength under uniaxial loading. This new bamboo strip is further used as main reinforcement in concrete slab panels. Feasibility and effectiveness of this unique bamboo profile used as reinforcement was investigated through experimental testing of concrete slab panels. A total 15 concrete slab panels were fabricated and tested as per Eurocode EN-1448-5 (2006). The effect of total replacement of main steel reinforcement by bamboo on the flexural behaviour of slabs in terms of load-deformation characteristics, energy absorption capacity, crack patterns and failure modes have been studied. Test results show that there is improvement in the load carrying and deformation capacity when proposed bamboo strip is used as reinforcement in concrete slab panels as compared to that of PCC (Plain Cement Concrete) and RCC (Reinforced Cement Concrete) slabs. Interestingly the structural behaviour of slabs using newly developed bamboo reinforcement has shown significant improvement in flexural performance and it was marginally better than the RC slabs having M.S. bars as main reinforcement.

The present research investigated the flexural performance of BRC slab panels under concentrated loading. The contribution of bamboo strips of B. arundinacea which are used as main reinforcement in concrete slab panels was investigated experimentally. The experimental investigation showed that the first crack load of slabs increases in the order of ‘PCC’, ‘UTBRC’, ‘PTBRC’, ‘RCC’; ‘GTBRC’. In the other hand the increase in ultimate load carrying capacity alters in the sequence of ‘PCC’(minimum), ‘UTBRC’, ‘RCC’ ‘PTBRC’, ‘GTBRC’. The contribution of bamboo strips with respect to PCC in each of the BRC slab was around 1.5–2 times higher in increasing flexural strength at limited deflections and it was similar to those of conventional RCC slabs. The energy absorption capacity of GTBRC slabs under the same deflections was relatively higher by 48%, 21% and 9% than PCC, UTBRC and PTBRC slabs respectively. The overall research showed that instead of using treated plain bamboo strip, the proposed grooved bamboo strip (2%) used in concrete slab panels, improved flexural strength, energy absorption capacity, ductility and mode of failure (ductile) compared to that of PTBRC and RCC (0.3%) slab panels. However, the durability of such BRC members against the extreme atmospheric conditions needs further investigation. Finally, it can be concluded that bamboo strips of B. arundinacea if treated with this proposed technique can be used as reinforcing material in concrete slab panels. And such type of BRC structural members can be used in low cost housing as roofing member under a limited gravity loading situation. This type of BRC slabs may prove to be very economical and ecofriendly solution, compared to conventional RCC slabs. 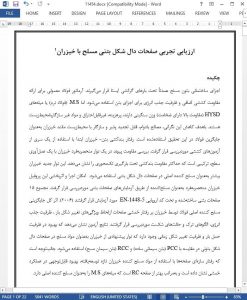 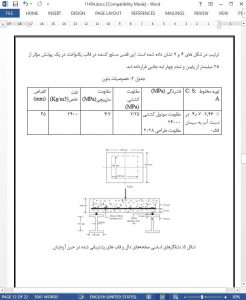 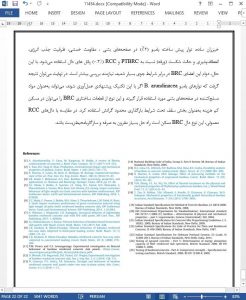