Iron and its alloys are widely used in many applications and diversity of these applications were intensified the researches relating to enhancement of corrosion resistance of iron based metals in various neutral or aggressive environments [1–7] Type 316L stainless steel (316L SS) belong to a class of metals and alloys that are protected by a passive film formed on their surface. However, these alloys are susceptible to localised attack; even high alloyed steels may corrode in strong chloride solutions. The localised corrosion of 316L SS is one of the most serious problems facing the use of these alloys [8]. This localized attack is an especially important limitation of the material for biomedical applications [9, 10]. The release of metal ions such as iron, chromium and nickel in the biological environment surrounding the alloy results in a decreased biocompatibility. Several strategies have been used to generate more protective interfaces on stainless steels, including the use of conducting polymers [11–13]. 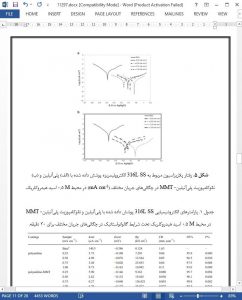 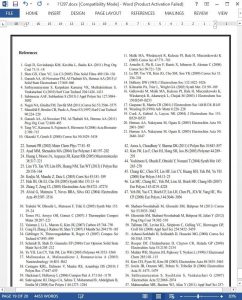