The current study was conducted to investigate the effects of dietary supplementation of biotin, intramuscular injections of vitamin B12 (VB12), or both beginning at the prepartum period on feed intake and lactation performance in postpartum dairy cows. Forty-eight dairy cows were allocated into 12 blocks, based on parity and milk yield of the previous lactation cycle, and randomly assigned to 1 of 4 treatments. Supplementation of VB12 (weekly intramuscular injections of 0 or 10 mg) and biotin (dietary supplements of 0 or 30 mg/d) were used in a 2 × 2 factorial arrangement in a randomized complete block design of 12 blocks with repeated measures. The study started at 3 wk before the expected calving date and ended at 8 wk after calving. Feed intake and lactation performance (milk yield and composition) were recorded weekly after calving. Blood variables were measured on d −10, 0, 8, 15, 29, 43, and 57 relative to calving. When VB12 was given, the cows had greater feed intake, better lactation performance and lower body weight loss in the postpartum period compared with animals without injection of VB12. The VB12-injected cows had lower plasma nonesterified fatty acids and β-hydroxybutyrate concentrations but higher plasma superoxide dismutase activity compared with cows without VB12. Cows fed a biotin supplement had higher milk protein yield (6 and 8 wk) and lactose yield (6–8 wk), compared with animals without biotin. However, under the present experimental conditions, we found no additive effect of a combined supplement of biotin and vitamin B12 on lactation performance of dairy cows.

Hepatic gluconeogenesis plays an important role in net hepatic glucose generation (Reynolds, 2006), and increasing hepatic gluconeogenesis is an efficient way to increase the milk yield in lactating dairy cows (Rukkwamsuk et al., 1999; Karcher et al., 2007). In gluconeogenesis, the propionate absorbed by hepatic cells is transformed to methylmalonyl-CoA by propionyl-CoA carboxylase, a biotin-dependent enzyme (Scott, 1999; Hügler et al., 2003), and further isomerized to succinylCoA by methylmalonyl-CoA mutase, a vitamin B12 (VB12)-dependent enzyme (Padmakumar et al., 1997). Thus, a beneficial effect would be expected when additional VB12 or biotin is provided to the dairy cows with an insufficient supply in VB12 or biotin during early lactation. 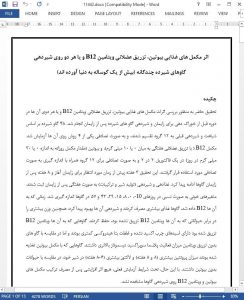 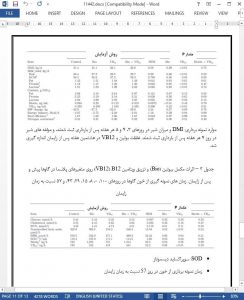 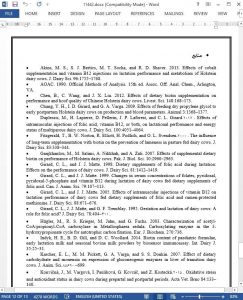