It is well known that the preschool period is one of the most influential phases in a child’s life; it is the time when personality is shaped and basic knowledge, skills and habits are acquired. It is during this period that the child has the highest potential to learn, thus, preschool institutions are faced with an important task. Research shows that behaviors learned during this period have considerable influence in determining an individual’s personality traits, attitudes, habits, beliefs and values into adulthood. In order for the child to benefit from preschool institutions as expected, education and counseling services should be carefully carried out. Therefore, executing education systematically and fulfilling the developmental needs of children, curricula should be meticulously designed (Krough and Slentz 2001; Aral et al. 2002; Eliason and Jenkins 2003).

This study reveals how early childhood education, of two countries, is affected by cultural and philosophical backgrounds and educational systems. The findings illustrate a range of commonalities and differences in early childhood education in England and Turkey, in terms of classroom organization, teaching and curriculum content. This study reveals that recent English government policy, especially the introduction of curriculum guidance for the foundation stage, combined with the statutory inspection process, appears to have had a strong influence on classroom planning in preschool settings. On the other hand, the highly child-centered Turkish national preschool curriculum appears to have had no significant influence on planning in preschool classrooms due to physical constraints and cultural influence. After thorough examination of the curricula and preschool education systems of England and Turkey, the researchers realize the preschool education system and implementation in Turkey and England are diverse due to contrasting cultures and traditions 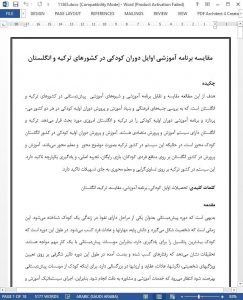 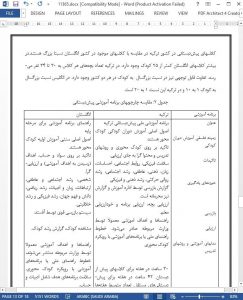 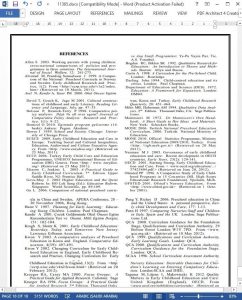