Purpose – The purpose of this paper is to clarify the relationship between administrative reform in Portugal and the impacts on the dependence of local governments in the face of budgetary resources of state and local municipal revenue collection, which is understood as a form, among others, participation civil society in local public policies.

Design/methodology/approach – The study opts for an exploratory analysis using the grounded theory approach, including the use of data relating to local government structures and partnerships with the private sector, based on the main lines of the public administration reform. The data were supplemented by documentary analysis, including legislative documents and papers in specialized area of administrative decentralization and civil society participation in local public policies.

Findings – The paper provides empirical insights about how the increased participation of civil society in local public policies is associated with less reliance on state budgets and a greater number of local managerial structures. Research limitations/implications – Due to the chosen research approach, the results cannot be generalized. A comparative study between several countries could bring several interesting insights.

Social implications – The paper includes implications for economic and social development of new public policies in the context of administrative reforms.

This study analyses the administrative reforms impact and the public policies decentralization, particularly on the Portuguese municipalities’ dependence on financial transfers from the central government budget (municipal funds) and the ability to collect local municipal revenue.

These reforms have sought to approximate the interior regions (most deprived) to the coastal regions of the country (most favored), by relocation of municipal funds.

The relevance of this issue stems from the fact that, although the principle of solidarity led to public policies that tend, according to Hertzog (1991), Hoffmann-Martinot (1992) and Debbasch (1976), to shift financial resources from more developed regions to the most deprived, the collection level of local municipal revenue is a form of civil society participation in local public policies that contributes to the financial sustainability of local public administration. However, this study shows that these reallocations did not improve the development on the affected regions.

The results of this study are important for the development of new policies in the scope of reform action of the State, especially regarding local finances reforms supported by the Local Autonomy European Union Charter. We are dealing with public local entities that, according to national expert literature, present a deficit at the collection of local revenues and are largely based on the performance of municipal expenditures. Recent legislative changes had no impact on this issue, a situation that should be analyzed in future research. 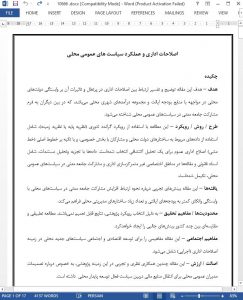 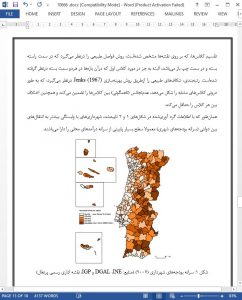 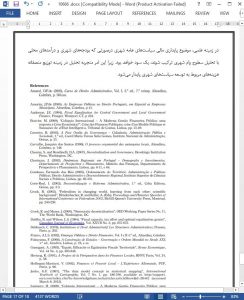