Argan (Argania spinosa L.) oil has been used for centuries in Morocco as cosmetic oil to maintain a fair complexion and to cure skin pimples and chicken pox pustules scars. Although it is popular, the scientific basis for its effect on the skin has not yet been established. Here, the melanogenesis regulatory effect of argan oil was evaluated using B16 murine melanoma cells. Results of melanin assay using B16 cells treated with different concentrations of argan oil showed a dose-dependent decrease in melanin content. Western blot results showed that the expression levels of tyrosinase (TYR), tyrosinase-related protein 1 (TRP1), and dopachrome tautomerase (DCT) proteins were decreased. In addition, there was an increase in the activation of MITF and ERK1/2. Real-time PCR results revealed a downregulation of Tyr, Trp1, Dct, and Mitf mRNA expressions. Argan oil treatment causes MITF phosphorylation which subsequently inhibited the transcription of melanogenic enzymes, TYR and DCT. The inhibitory effect of argan oil on melanin biosynthesis may be attributed to tocopherols as well as the synergistic effect of its components. The results of this study provide the scientific basis for the traditionally established benefits of argan oil and present its therapeutic potential against hyperpigmentation disorders.

The use of argan oil to moisturize the skin and to maintain a fair complexion has been an established tradition among Moroccan women. Argania spinosa (L.) Skeels (Sapotaceae) is a tree species endemic to Morocco and has a great ecological and socioeconomic value in this area. The fruit of A. spinosa has an oleaginous kernel from which a well-known oil, “argan oil,” is used in folk medicine and in cosmetics [1], especially in the southwestern region [2]. Traditionally, cosmetic argan oil was used to cure all kinds of skin pimples as well as juvenile acne and chicken pox pustules scars. It is also recommended to reduce dry skin matters and slow down the appearance of wrinkles. This oil is also used to treat psoriasis, eczema, joint pain, skin inflammation, and scabies, to heal burns and wounds, to cure brittle fingernails, to prevent hair loss and dry hair [3]. Argan oil for cosmetic use is cold-pressed oil extracted from unroasted kernels of argan fruit, which at present has gained worldwide recognition. It has been referred to as the “most expensive vegetable and cosmetic oil” [4] and as such has been a source of income for many Moroccan women who are members of cooperatives run by women. In the southern part of Morocco, cooperatives produce argan oil for food or for cosmetic use. The extraction of argan oil for food and cosmetic use is still being done using the traditional method. Argan oil is rich in tocopherols, medium chain fatty acids, carotenoids [5–7], squalene, and oleic acid [8].

There is a renewed interest in plants as pharmaceuticals in the Western world and this is on the discovery of new biologically active molecules and into the adoption of crude extracts of plants for self-medication by the general public [47]. North African traditional medicine, therefore, has an important contribution in the maintenance of health in all parts of the world and in the introduction of new treatments. And although some may view the isolation of compounds and their use as single chemical entities as a better option and has resulted to the replacement of plant extracts use, nowadays, a view that there may be some advantages to the medical use of extracts as opposed to isolated single compounds, is gaining popularity [50, 51]. Published reports on the therapeutic benefits of consumption of argan oil have been summarized by [52], but its effect on pigment cells has not yet been reported. Here, we present argan oil as an effective melanin biosynthesis inhibitor, the effect of which may be contributed by the individual components or their synergistic effect. Although the effect of argan oil components (tocopherols, fatty acids, etc.) on melanin biosynthesis has been reported, this is the first report on the inhibitory effect of argan oil on melanogenesis in B16 cells, providing the scientific basis for the centuries-long knowledge of its beneficial effect on the skin. 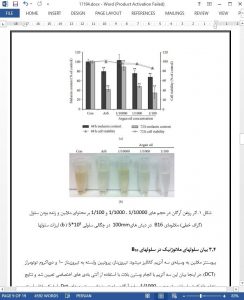 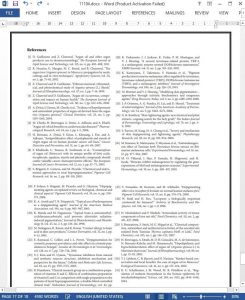