This work examines the effect of cyclic loading on the behaviour of five different soils chemically stabilized with Portland cement that were both non-reinforced and reinforced with polypropylene fibres. The inclusion of fibres in the composite material has a positive effect on the cyclic behaviour, decreasing the accumulated permanent axial strain, while the increase in the amount of clay/silt particles and the organic matter content has a detrimental effect. The effect of the cyclic stage on the mechanical characteristics is evaluated comparing the results of unconfined compression strength tests carried out without and after the cyclic loading. The experimental results show that the cyclic stage induces an increase in the unconfined compressive strength and stiffness and this effect is greater for the unreinforced stabilized soils. The inclusion of fibres in the stabilized soil tends to increase the strength for materials with a low level of stabilization, having the opposite effect for stiffer materials.

During the last few years several studies have been carried out concerning the inclusion of short synthetic and steel fibres [1–17] in soil-binder-water mixtures to improve the mechanical characteristics of stabilized soils, mainly to increase the ductility and to confer some tensile and flexural strength. In general the works published about this issue, based on the results of monotonic tests, show that the use of short fibres promotes a decrease in the brittleness and increases the post peak strength of the composite materials. In terms of the effects of the fibrereinforcement on the strength, the results are not totally convergent, since they seem to depend on the type of fibre, the binder content and even the type of test used to evaluate the compressive and/or tensile strength [1–3].

Considering the results of the monotonic UCS tests performed without and after the cyclic loading tests (average deviatoric stress level of 0.55xqu-failure, frequency of 0.25 Hz, amplitude of ± 7.5%×qu-max up to 3000 load cycles) carried out on five different soils stabilized with a Portland cement (Type I 42.5 R) and unreinforced or reinforced with polypropylene fibres, the following observations can be made and conclusions drawn: i) The evolution of the permanent cumulative axial strain shows a sharp increase at the beginning of the cyclic stage followed by a decrease in the strain rate with the increment of the number of load cycles. This behaviour is a symptom of the progressive destructuration of the-soil-binder-water matrix. 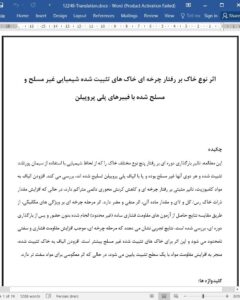 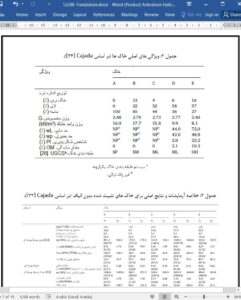 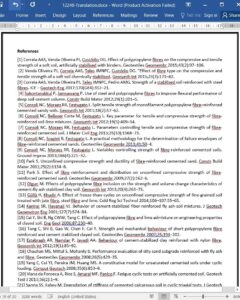