Following Liberal Curriculum, most of the Peace-Based curricula emphasis on Convergence, Unity and Similarity; therewith the understanding of “difference” can be used as a source of the Peace-Based curricula. Although differences may be the cause of conflict and clash, but through cognizance and sympathy they will change into chances to enhance each other. Differences also will cause the rise of human capacity and the creation of aesthetics. This paper aims to prove that in order to codify a peace-based curriculum, it's possible to use both postmodern theories (which focus on differences) and liberal theories (which focus on similarities) simultaneously together.

Since the division of the Berlin Wall in 1989, capitalist and communist meta-narrations were demolished. Despite the postmodern and liberal theories, new meta-narrations came into being. The Clash of Civilization by Samuel Huntington (1993) is dealing with the newborn meta-narrations. Coincidence with the emersion of meta-narrations, the reasons of war has become more complicated and multiplied. Since various reasons will lead to war, also various reasons will lead to peace. War in the Turabura Mountains, Afghanistan, is different from the Bosnia and Herzegovina War or other recent wars; as a result in the Peace-Based Curricula it is necessary to include the agents of controlling crisis and preventing violence. Understanding the nature of conflict and peace is so important for the students. Subjects like peace and family, peace and government, peace and environment, peace and art, peace and humanism, peace and human feelings, peace and media, peace and business, peace and security and peace and the World Society are important at the same level.

Not to b accepted as a meta-narration by postmodern, it can be said that in our time peace is one of the essentials of human life. Since the destruction human by nuclear wars is probable, nor can postmodern scholars deconstruct peace, neither classic and modern liberals can prospect the pacifism of democrats and the rise of governmental unions An . ontent of the curriculum should be the c ,based curriculum-To accomplish the peace .internalized supervision is needed based on the users environment and should be done by their participation. Based on the Theories of "Difference" and "Similarity" in peace curricula we need both pluralism and universalism.

In a peace-based curriculum, mentioning the differences is as important as mentioning similarities. Thus their mechanism is like a pair of wings to make an ideal and influential curriculum 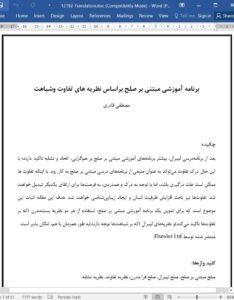 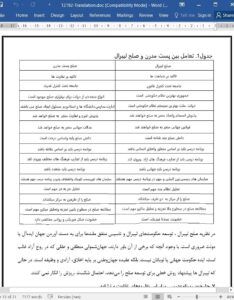 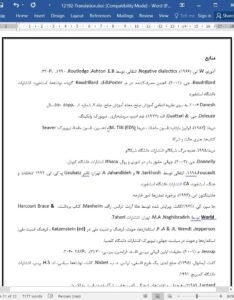