Using panel data set from banks in Nigeria, a developing country, this paper examines the effects of corporate social responsibility (CSR) investment and disclosure on corporate financial performance. The results from the Wallace and Hussain estimator of component variances (a two-way random and fixed effects panel) suggest that CSR investment without due disclosure would have little or no contribution to corporate financial performance. This paper supports the argument that firms could benefit both financially and non-financially from a strategic CSR agenda.

Hitherto, investment in corporate social responsibility (CSR) as a global phenomenon has remained a thriving corporate governance concept and management strategy in most multinationals (Peng & Yang, 2014; Amin-Chaudhry, 2016). It keeps attracting the interest of a vast number of scholars, economists, governmental and non-governmental organizations, and the public as a result of industrial growth and economic prosperity of many nations (Abiodun, 2012; Adeyemi & Ayanlola, 2014; Harpreet, 2009; Uadiale & Fagbemi, 2012; Uwuigbe & Uadiale, 2016). Documented evidence has shown that investments in CSR have the potentials of making positive contributions to the development of society and businesses (Harpreet, 2009; Helg, 2007; Wahba & Elsayed, 2015; Hategan & Curea-Pitorac, 2017). In effect, more organizations are beginning to see the benefits from setting up strategic CSR agenda (Chaudhary, 2017; Famiyeh, 2017).

One major implication of this paper is that it supports the argument that corporate entities stand to benefit from voluntary disclosures of CSR activities than mere engaging in CSR activities without proper channels of communicating to stakeholders. Hence, banks should not only engage in CSR activities, but also make deliberate efforts to disclose such activities appropriately to accrue certain financial benefits in the long run. 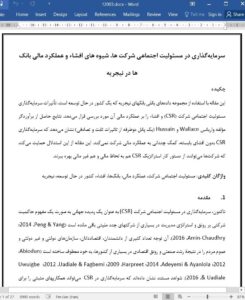 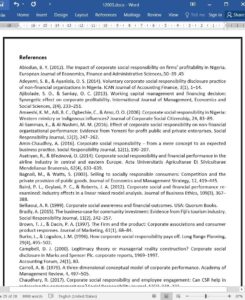