Background Delayed hypersensitivity reactions (DHRs) to radiocontrast media (RCM) occur in approximately 0.5–23.0% of patients and are thought to be caused by T cell-mediated mechanisms. However, an optimal pharmacological preventive strategy is not yet established in patients with histories of delayed reactions to RCM.

Objective We aimed to evaluate the efficacy of pharmacological prevention in patients with histories of delayed reactions to non-ionic low-osmolar RCM when re-exposed to RCM.

Methods A retrospective review of electronic medical records of 117 patients with previous histories of DHRs to RCM who visited an allergy clinic for the prevention of reactions after the re-exposure to RCM was conducted. The effects of pharmacological prevention were compared according to the symptom scores of previous reactions based on their intensities and durations with electronic medical records (EMRs).

Conclusion Pharmacological prevention showed a beneficial effect in most patients with delayed hypersensitivity to RCM. Further investigations are needed to establish an effective protocol for the prevention of delayed reactions to RCM.

Radiocontrast media (RCM) are used more than 75 million times per year for enhancing radiographic images, and frequent adverse reactions after RCM administration are well known.1,2 Hypersensitivity reactions due to RCM are classified as 1) immediate reactions, which occur within 1 h after RCM administration, and 2) delayed reactions, which occur after more than 1 h of RCM exposure.3,4 Although the frequency of immediate adverse reactions to RCM was 3.8– 12.7% in patients receiving high-osmolar ionic RCM and 0.7–3.1% in patients receiving lowosmolar non-ionic RCM, delayed adverse reactions occurred in approximately 0.5–23.0% of patients with a large variation because it is not clear whether the occurrence of apparent symptoms is due to RCM.4–6 Moreover, it is assumed that delayed reactions are probably as common or more common than immediate adverse reactions.7 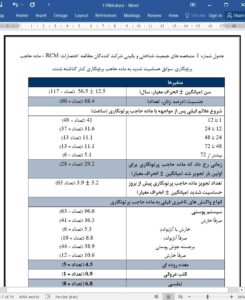 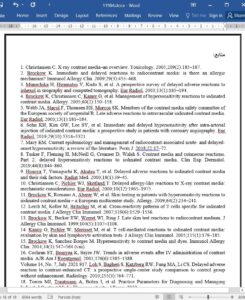