In this paper short term power forecast of wind and solar power is proposed to evaluate the available output power of each production component. In this model, lead acid batteries used in proposed hybrid power system based on wind-solar power system. So, before the predicting of power output, a simple mathematical approach to simulate the lead–acid battery behaviors in stand-alone hybrid windsolar power generation systems will be introduced. Then, the proposed forecast problem will be evaluated which is taken as constraint status through state of charge (SOC) of the batteries. The proposed forecast model includes a feature selection filter and hybrid forecast engine based on neural network (NN) and an intelligent evolutionary algorithm. This method not only could maintain the SOC of batteries in suitable range, but also could decrease the on-or-off switching number of wind turbines and PV modules. Effectiveness of the proposed method has been applied over real world engineering data. Obtained numerical analysis, demonstrate the validity of proposed method.

By increasing the green energy installed capacity, the wind/ solar power output prediction error precision provides serious challenge for researchers to the stable operation, dispatching as well as the safety and the quality insurance over power systems (Manla et al. 2010). On the other hand, to decrease such adverse effects on the power grid, wind-solar hybrid power generation system composed with storage batteries which have been used widely in several countries. It is clear that, once the battery’s storage have been improved, the quality of output power can improved well.

In this paper, an active power control strategy named complex control block has been presented through multi-objective algorithm. In this model, short-term wind and solar power have been forecasted through application of an intelligent method. In this model, feature selection, three stage forecast engine has been considered. Where, in this process all of the forecast engine stages have been optimized by SSO algorithm. Where, the weights of forecast engine optimized by this algorithm. Furthermore, the active power allocation has been considered as an optimization problem, and a decoration search algorithm has been considered to search the optimal explanation. Obtained results proof the validity of proposed method though improvement of active power output performance and decrease the fluctuation rate, and in a same time keep the maintain of SOC in batteries in an appropriate range. Furthermore, it could keep the maximization of utilization for regulation aptitude of wind turbines and decrease amount of on-or-off switching of wind turbines as well as PV modules. 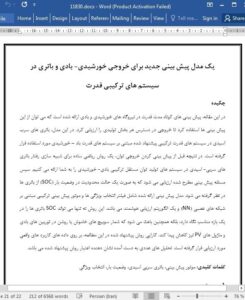 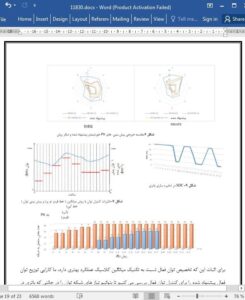 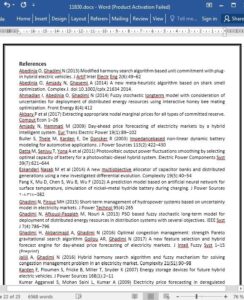