This study investigated whether variations in personality traits are related to board game usage patterns and attitudes, and whether such associations are expressed differently across countries that reflect different cultural orientations and values. A cross-sectional online survey was distributed among 486 Danes, Germans, and Americans, whose personalities were assessed through the NEO-FFI questionnaire. Participants also indicated their liking levels, attitudes, and playing frequency of board games. Results showed significant associations between personality traits and board game-related attitudes and habits. However, these associations were moderated by culture and primarily predicted responses among Danish participants, but not their American or German counterparts. These findings have important implications for the board-game industry, a multi-billion-dollar market worldwide. Furthermore, findings can shed light on how to better personalize and design board games according to personality traits and culture-specific preferences, which should have a significant impact on the user experience and ultimately increase sales.

Games are recreational activities that are characterized by several features, such as organized play of two sides or more and an agreed upon set of rules. Board games are games that are played with a board, cards, dice, and tokens. A board game limits the range of stimuli players are exposed to. The board serves as the field of play as it establishes the relevant space and objects. Board games fall into two categories: competitive games, in which players form strategies that oppose the other players (Jones, 2000), and cooperative games, which model situations in which players have neither completely opposing nor completely coinciding interests (Nasar et al., 2002).

This study investigated cultural and personality-related influences on board game playing patterns and preferences. The results revealed that addressing only the personality aspect had to some predictive value, but that the combination of both personality traits and cultural orientation yielded more accurate information regarding individuals’ usage frequency, liking levels, and attitudes towards board games. These findings may influence marketing and audience-targeting strategies for board game companies. Thus, the current results have important implications for the board-game industry, a multi-billion-dollar market worldwide, and can shed light on how to better personalize and design board games according to personality traits and culture-specific preferences. Such personalization and design should have a significant impact on the user experience and ultimately increase sales. 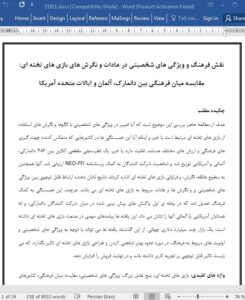 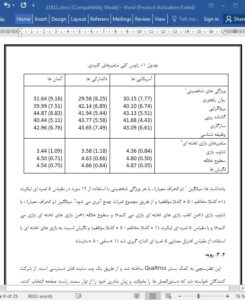