This paper presents the behaviour of steel moment resisting and braced frames under pulse-like near-fault earthquakes. The key properties for characterizing near-fault ground motions with forward directivity and fling step effects are discussed, and the influence of varying brace properties on the key engineering demand parameters such as maximum inter-storey drift (MID), residual inter-storey drift (RID) and peak absolute floor acceleration (PA) is revealed. Among other findings, it is shown that the structural responses are related to spectral accelerations, PGV/PGA ratios, and the pulse period of near-fault ground motions. The moment resisting and self-centring braced frames (MRFs and SC-BRBFs) generally have comparable MID levels, while the buckling-restrained braced frames (BRBFs) tend to exhibit lower MIDs. Increasing the post-yield stiffness of the braces decreases the MID response. The SC-BRBFs generally have mean residual drifts less than 0.2% under all the considered ground motions. However, much larger RIDs are induced for the MRFs/BRBFs under the near-fault ground motions, suggesting that these structures may not be economically repairable after the earthquakes. From a non-structural performance point of view, the SC-BRBFs show much higher PA levels compared with the other structures. A good balance among the MID, RID, and PA responses can be achieved when “partial” SC-BRBs are used. To facilitate performance-based design, RID prediction models are finally proposed which enable an effective evaluation of the relationship between MID and RID.

This paper has focused on the overall dynamic behaviour of MRFs, BRBFs, and SC-BRBFs under pulse-like near-fault earthquakes. The structural responses to far-field DBE- and MCE-level ground motions were also studied for comparison purpose. A set of carefully designed prototype buildings were analysed, and key engineering demand parameters such as MID, RID, and PA, were investigated in detail. A further parametric study was carried out, enabling a better understanding of the influences of varying brace characteristics on the responses of the braced frames. A RID prediction model was finally proposed to facilitate performance-based design. The key findings and conclusions are noted as follows. 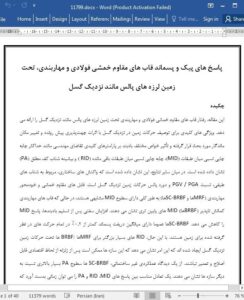 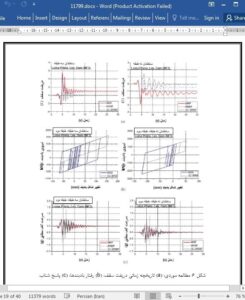 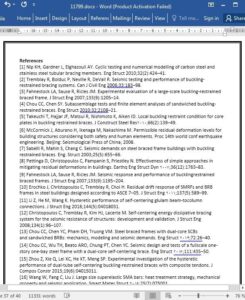