Neuromarketing is an emerging field that bridges the study of consumer behavior with neuroscience. Controversial when it first emerged in 2002, the field is gaining rapid credibility and adoption among advertising and marketing professionals. Each year, over 400 billion dollars is invested in advertising campaigns. Yet, conventional methods for testing and predicting the effectiveness of those investments have generally failed because they depend on consumers’ willingness and competency to describe how they feel when they are exposed to an advertisement. Neuromarketing offers cutting edge methods for directly probing minds without requiring demanding cognitive or conscious participation. This paper discusses the promise of the burgeoning field of neuromarketing and suggests it has the potential to significantly improve the effectiveness of both commercial and cause-related advertising messages around the world.

Imagine John, a healthy middle-aged man entering a room filled with somber people dressed in white lab coats. John is worried. Maybe this is a mistake, he thinks. But already one of the earnest technicians whose smile seems just a little too forced is shaking his hand and spurring him forward. He ensures him everything will go according to plan. “It takes about 30 minutes to do the scan” he says “and as long as you don’t pay attention to the noise, you will be fine in the tunnel”. John does not feel nearly as relaxed now as he was when he agreed to do this experiment. What if the magnetic field in which I agreed to put my entire body kills some of my vital cells? In an instant, he goes from being worried to being terrified. What if the radiation alters my mental abilities? Reluctantly, John lies down on the table and tries to ignore the grinding sound of the pulley propelling him to the center of the tunnel. In a matter of seconds, the machine begins to bombard his head with subatomic particles. “Too late now”, he mumbles. 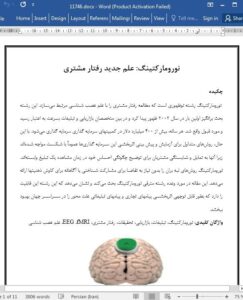 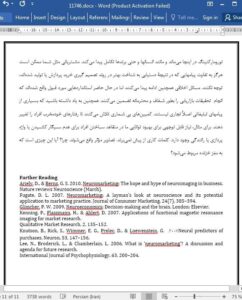