An improved topology for a multipulse ac/dc converter based on six-pulse rectifier modules operating in a degraded mode is described. Its main application is HVDC and variable-frequency-drive systems, where reliability, availability, and maintainability are the most critical requirements. A new concept, called “three-phase electronic Z/z transformers,” which provides separated voltages with reconfigurable phase-shifting angles and voltage ratios, is discussed. The number of acceptable faulty rectifier modules is defined at the design stage. Such features enable ac/dc rectifier systems to be modular and reconfigurable. In contrast with conventional topologies, the proposed structure can operate optimally as an 18-pulse, 12-pulse, or six-pulse rectifier in faulty conditions of local transformers or rectifier modules. An implementation method for a degraded 24-pulse rectifier with its control architecture including the Z/z transformers' command unit is discussed. A 1.5-kV, 18-kVA, 18-pulse ac/dc converter associated with a real-time system control is designed and tested. Promising results validate the new concept.

ELIABILITY, availability and maintainability (RAM) of high-voltage DC (HVDC) transmission and variable frequency drive (VFD) systems are the key criteria to effectively secure the global demand for the generation of electric power [1] - [3]. In these systems, the load commutated converter (LCC) technology for very high-power AC/DC and DC/AC conversion not only provides pulsating DC or AC power, but also an efficient and high-power quality interface to AC systems (e.g., grid, motors) [1] - [4], [3] - [6]. In addition, there is the need to study the reliability of multi-pulse LCC in the Zhundong-Sichuan HVDC project which was launched in China to better understand the power and investments involved in making multi-pulse LCC reliable (2015, ±1100 kV, 10 GW, 2600 km) [6]. Figure 1 is a summary of potential candidates for a multi-pulse AC/DC rectifier for high-power systems.

This paper proposed an improved topology of a multi-pulse AC/DC rectifier system to enable a degraded mode operation of VFD and HVDC systems with a faulty transformer or rectifier module but with acceptable grid side current distortion. The analyzed system is based on a 24-pulse rectifier system with four separated three-phase transformers, which are called electronic Z/z transformers, since their phase shifting angles and voltage ratios are reconfigurable through electronic command. The proposed configuration improves the conventional structure of a 24-pulse rectifier system, introducing the ability to adjust and improve the grid side current distortion in a degraded mode. 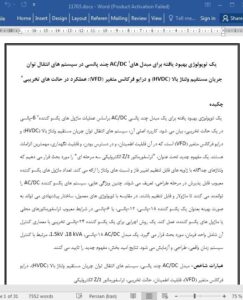 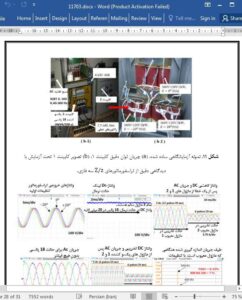 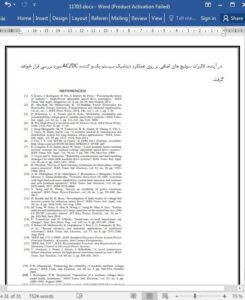