Thyroid hormones (THs) appear to play a major role in vertebrate development. In particular, a large body of evidence suggests that THs are strongly associated with neural development and maturation. There is no clearly defined role for THs in reproduction, but there is evidence to suggest that THs are involved in the reproductive cycles of fishes. The strong correlation between THs and nutritional status suggests that energy partitioning plays a key role for THs during the reproductive cycle, shifting the mobilization of energy reserves from growth to reproductive maturation. There is also evidence that THs play major roles in testicular and ovarian development. However, teleosts are an incredibly large and diverse group encompassing many very different life histories and reproductive strategies, which can make interpretation and comparison between species exceedingly difficult and perhaps unrealistic.

Thyroid hormones (THs), the iodinated thyronines triiodothyronine (T3) and thyroxine (T4), are thought to be involved in a large number of biological processes in fishes, including metabolism, growth, development, and reproduction. However, very few definitive roles have actually been attributed to THs. In many cases, the literature is rife with experimental evidence both substantiating and challenging various proposed functions of THs. In mammals, maintenance of metabolic homeostasis could be considered the major function of THs, and likely the best known. Thyroid hormones are also involved in a number of physiological and developmental processes, and the involvement of T3 in many aspects of mammalian metabolism and temperature regulation is well established. The role of THs in thermogenesis likely evolved in concert with endothermy, and it is evident that thermogenesis is closely tied to metabolic regulation. This suggests that THs were involved in metabolic regulation prior to the evolution of endothermy, and that the role of THs changed with the development of endothermy. Thus, there is a possibility that metabolic processes in poikilotherms involve THs, even though metabolic rates in these animals are primarily driven by ambient temperature. Although a number of studies have described effects of THs on metabolism in fishes, the evidence is generally conflicting, and the doses of T4 or T3 administered in many of these studies are in the pharmacological range (see Leatherland, 1994, for review). Nevertheless, the possibility exists that T3 plays multiple permissive roles in metabolic regulation in fishes, as it does in mammals. 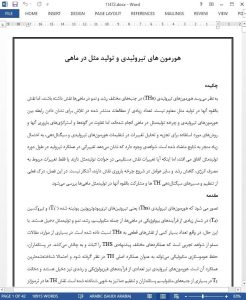 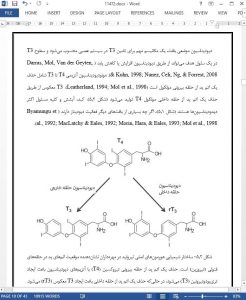 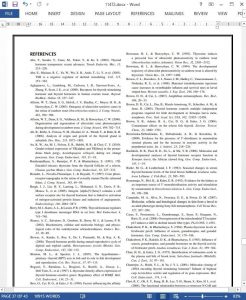