This study extends a neoclassical growth model to include the accumulation of physical capital and energy consumption within a panel of fifty states (plus the District of Columbia) in the U.S. The theoretical model allows us to examine the implications for convergence in economic growth and energy intensity. From the theoretical model, we formulate an empirical approach using a dynamic panel model that is estimated using a general method of moments framework to test the conditional rates of convergence. The empirical results indicate convergence in energy intensity, and our estimates accurately predict both the growth in and convergence of energy intensity across our entire sample. Consistent with other findings in the literature, our results imply that energy use, over the past four decades, plays a small and positive role in state-level, per capita economic growth and convergence. Based on these results, we discuss policy implications for state-level income growth and energy consumption.

The economic literature is replete with studies that have explored the relationship between energy consumption and economic growth, and after four decades of empirical research there is still no consensus on the causal link between energy consumption and real income (Payne, 2010; Ozturk, 2010). The relationship between energy and growth gained the attention of scholars, and the public alike, after the two global oil crises in the 1970s. Interest in the topic re-emerged in the 2000s in conjunction with the run-up in oil prices, which peaked at nearly $150 per barrel in 2008 (compared to an average global price of $25 per barrel in the 1990s) (Energy Information Administration, 2016). The fundamental problem within the literature is in identifying a causal link, if any exists, between energy and growth.

Consistent with recent empirical observations of energy intensity in developed countries, we find strong evidence of convergence in energy intensity among a set of advanced economies (U.S. states). Our results, motivated in part by Csereklyei and Stern (2015), test a strong and weak version of the energy decoupling hypothesis. The strong hypothesis, as defined by Csereklyei and Stern (2015), predicts that economic growth has less of an effect on energy use as income increases over time. We did not test the effect of economic growth on energy (per se), but rather we investigated the effect of energy use on income growth. Based on our augmented definition of strong decoupling, we reject the hypothesis. That is, we find sufficient evidence to imply that energy plays a positive and statistically significant role in economic growth or convergence, which does not imply a strong decoupling between energy use and per capita economic growth in the U.S. This result is evidenced by the statistical significance of the energy variables in the economic growth models. 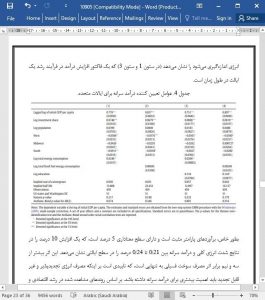 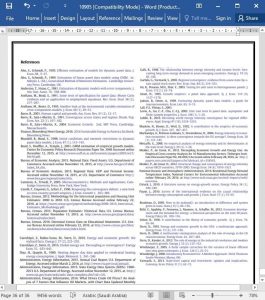