A library of probabilistic models for prediction of seismic risk is presented. The models are specifically intended for use with reliability methods to compute event probabilities, such as seismic loss probabilities. Several models are presented here for the first time. In particular, new and generic models are proposed for earthquake location, regional loss, building response, building damage, and building loss. Each model is presented with an explanation of its development and a discussion of its predictions. In addition, models from the literature are “smoothed” to make them amenable to reliability analysis. The models are implemented in a new computer program that is tailored for reliability and optimization analysis with many probabilistic models. The models and the computer program are employed in the companion paper to assess the seismic risk to the Vancouver metropolitan region in Canada.

The overarching objective in this paper is to improve the prediction of seismic risk for civil infrastructure. Risk in this context refers to loss probabilities, where the losses are due to repair of damaged structural and non-structural components. Loss probabilities are often presented in the form of a ‘‘loss curve’’, which displays the probability of exceeding any loss value. Loss curves are commonly employed on a regional scale in the insurance industry [1] and for individual buildings in modern performance-based engineering [2]. However, the definition of risk in terms of loss curves contrasts the classical definition from the field of structural reliability. Risk is there defined as expected loss, i.e., the product of probability and cost of a predefined failure event. In classical reliability analysis, the failure event is specified by a limit-state function, the uncertainty is characterized by random variables, and reliability methods are employed to estimate the failure probability [3].

This study proposes a reliability-based approach for risk analysis. The approach employs a collection of many interacting probabilistic models, and new models are presented in this paper. The models are generic, and they are applied in the companion paper to risk analysis for the Vancouver metropolitan region in Canada. Comprehensive modeling of uncertainty and updating of the models as new information becomes available are key driving forces behind this paper. In fact, an important vision behind this paper is to promote candid modeling of epistemic uncertainty, i.e., reducible uncertainty, which is subsequently reduced by targeted efforts as more observations and better mechanical understanding become available. The models are implemented in Rt, which is a new general-purpose computer program that is tailored for multi-model reliability and optimization analysis. It is freely available at www.inrisk.ubc.ca. An important objective in Rt is to make reliability methods and a library of predictive models available to a broad engineering audience. This is intended to advance the use of probabilistic models and reliability methods in a variety of applications, here with focus on seismic risk. 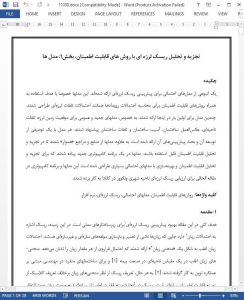 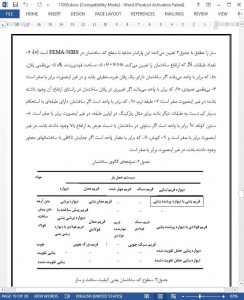