We demonstrate how the speed of mixing under laminar conditions can be appreciably enhanced in concurrent centrifugal flows through straight, low-aspect-ratio microchannels pointing in radial direction in the plane of rotation. The convective mixing is driven by the inhomogeneous distribution of the velocity-dependent Coriolis pseudo force and the interaction of the so-induced transverse currents with the side walls. By investigating the key impact parameters, which are the geometry of the channels and the speed of rotation, it is shown that the contact surface between two laminar flows can be folded to shorten mixing times by up to two orders of magnitude!

Microfluidic systems take advantage of the peculiar scaling of surface-to-volume ratios towards the microworld, which brings about severe changes in the design paradigms towards microdimensions (Gravesen et al. 1993; Ho 2001; Nguyen and Steve 2002; Tay FEH 2002; Ducre´e et al. 2005). On the one hand, the high surfaceto-volume ratios allow the implementation of surface- or field-mediated liquid transport mechanisms, for instance, capillary action and electroosmosis. On the other hand, the large shear stresses connected to the high surface-to-volume ratios and the low channel cross sections severely limit the volume flux and impose strictly laminar flow conditions.

In this paper, we have studied the role of the apparent Coriolis force in centrifugally driven flow through straight microchannels pointing in radial direction on a rotating disk. It could be shown by numerical simulations and accompanying experiments that transversal flow components could be induced to stir and flip concurrent liquid flows through a radial channel.

The key impact parameters governing the Coriolisinduced reshaping of the contact surface are the channel length, its aspect ratio and the rate of rotation. Satisfactory agreement has been reached between simulations and accompanying experiments. 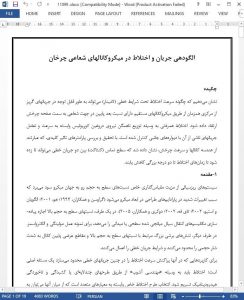 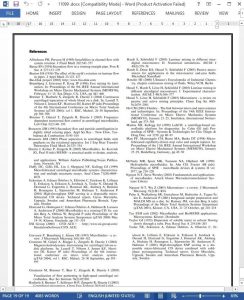