A new concept in wind power harnessing is described which significantly outperforms traditional wind turbines of the same diameter and aerodynamic characteristics under the same wind conditions and it delivers significantly higher output, at reduced cost. Its first innovative feature is the elimination of tower-mounted turbines. These large, mechanically complex turbines, and the enormous towers used to hoist them into the sky, are the hallmark of today's wind power industry. They are also expensive, unwieldy, inefficient, and hazardous to people and wildlife. The second innovative feature of INVELOX is that it captures wind flow through an omnidirectional intake and thereby there is no need for a passive or active yaw control. Third, it accelerates the flow within a shrouded Venturi section which is subsequently expanded and released into the ambient environment through a diffuser. In addition, INVELOX provides solutions to all the major problems that have so far undermined the wind industry, such as low turbine reliability, intermittency issues and adverse environmental and radar impact. Simulating the performance of this wind delivery system is quite challenging because of the complexity of the wind delivery system and its interaction with wind at the front end and with a turbine at the back end. The objectives of the present work are to model and understand the flow field inside the INVELOX where the actual wind turbine is located as well the external flow field which not only provides the intake flow but also has to match the exhaust flow of the system. The present computations involved cases with different incoming wind directions and changes in the intake geometry. The results show that it is possible to capture, accelerate and concentrate the wind. Increased wind velocities result in significant improvement in the power output. These results led to the design of a demonstration facility which has provided actual data which verified the significantly increased power expectations.

It was shown that INVELOX can be designed to capture and accelerate air using an omnidirectional intake. The system has low sensitivity with respect to wind direction. A comparison between INVELOX and a traditional wind turbine has been attempted under virtually similar conditions. It is always difficult to design a meaningful good comparison between two different systems. Such a comparison is always dependent on the input parameters, i.e. independent variables used to affect the two systems and the selection of the dependent variable or constraint as a criterion to monitor a given function. Ideally one should expect only one independent variable to change at a time while detecting the change in the dependent variable output. In the present work, we selected the diameter of the turbine to be the same and vary the wind speed while monitoring the output power. Such a comparison was based on field measurements which indicated that the INVELOX-turbine system generated significantly more energy than the towerturbine systems with the same turbine size. INVELOX has a strong potential and is worthy of further development. 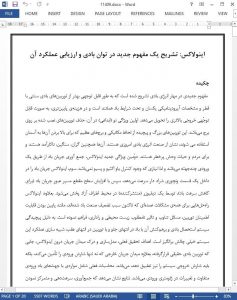 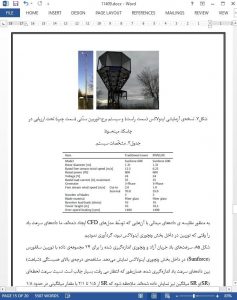 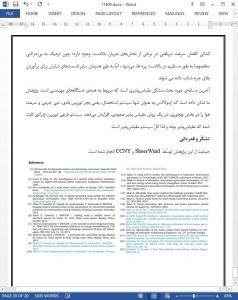