Addiction to drugs, including opioids is the result of an interplay between environmental and genetic factors. It has been shown that the progeny of addict people is at higher risk for drug addiction. However, the mechanisms of such trans-generational effects of drugs are not so clear. Here we have evaluated the effects of parental morphine consumption on anxiety, morphine preference, and mRNA expression of dopamine receptors in F1 and F2 male offspring. Morphine was chronically administered to adult male and female Wistar rats followed by 14-day abstinence before mating. Morphine preference and anxiety-like behavior in the offspring were measured by two-bottle-choice paradigm and elevated-plus maze, respectively. Real-time PCR was used to measure the mRNA expression level of dopamine receptors in the striatum, nucleus accumbens, prefrontal cortex, and hippocampus of F1 animals. The results indicated that F1 but not the F2 male progeny of morphine-exposed parents had a greater preference for morphine, and more anxiety-like behavior compared to the offspring of saline-treated parents. In F1 male progeny of morphine-treated parents, D1 and D5 dopamine receptors were significantly increased in the prefrontal cortex and nucleus accumbens. D5 and D2 receptors were decreased in the hippocampus. D4 dopamine receptor was augmented in striatum and hippocampus and decreased in the prefrontal cortex. Adulthood exposure to chronic morphine in male and female rats before conception leads to higher morphine preference and increased anxiety in F1 but not F2 male progeny. Alterations of dopamine receptor expression in the reward system may be one mechanism responsible for observed changes in F1 offspring.

Addiction to opioids such as morphine is a chronic disorder that affects the mesocorticolimbic dopaminergic pathway in the brain. Activation of the pathway ultimately leads to dopamine release in the nucleus accumbens (NAc) (Di Chiara et al., 1998) and stimulation of dopamine receptors. These receptors are considered as two main categories: D1-like (D1 and D5) and D2-like (D2, D3, and D4) receptors, each of which is generated from a different gene (Sibley et al., 1993). Activation of D1-like and D2-like dopamine receptors decreases motivation to seek reward or facilitate the reinforcing properties of addictive drugs, respectively (Li et al., 2006).

The data of the present study revealed that chronic parental morphine exposure of adult rats before gestation results in higher morphine preference and increased anxiety in their F1 but not F2 male offspring. It is important to highlight that there was no gestational exposure to opioids in the F1 animals because parents were remained drug-free for two weeks prior to mating. Furthermore, our results showed that alterations in the expression profile of dopamine receptors in the reward pathway might be one of the mechanisms involved in observed changes in F1 animals, which could account for susceptibility to opioid abuse in the litter of morphine-exposed animals. 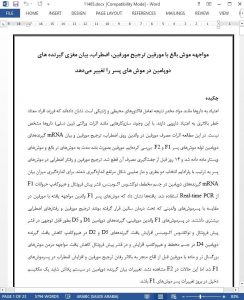 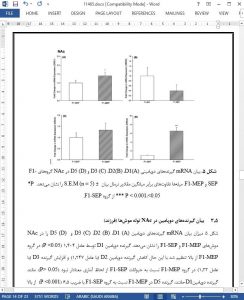 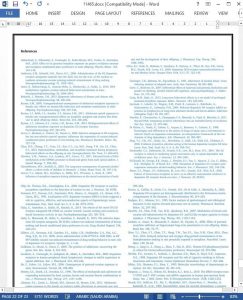