This study proposes an integrative model that investigates the role of coping strategies in the relationship between severe service failures and online vindictive word of mouth (OVWOM) behavior. While the mechanism of online negative word of mouth (ONWOM) have been widely studied, the underlying processes by which OVWOM develops remain unclear, specifically when it comes to the use of OVWOM as a coping mechanism. Achieving a better understanding of the mechanism by which OVWOM develops is important given its potential to significantly harm a firm’s image, loyalty and market share. The results of a survey of restaurant customers confirm the role of the psychological and situational factors that result in OVWOM behavior as a strategy to cope with severe service failures. Accordingly, this study provides an initial response to calls for research on the role of situational and personal factors that explain retaliation behavior in response to severe service failures.

In 2008, Dave Carroll, a Canadian musician, was flying with United Airlines from Halifax, Nova Scotia to Omaha, Nebraska. Upon landing, he realized that his $3500 Taylor guitar’s neck was broken due to the airline’s careless handling of his luggage (Rauschnabel et al., 2016). United refused to take responsibility, prompting Mr. Carroll to create a now infamous music video called “United Breaks Guitars” to explain his negative experience with the airline. To date, the song has received over 20 million YouTube views, gone viral on various social media platforms, and motivated other consumers to share their negative experiences with United on the Internet. Within four days of his song going online to seek revenge, the gathering thunderclouds of negative PR caused United Airlines’ stock price to suffer a mid-flight stall in the form of a 10% devaluation, costing shareholders $180 million (Sawhney, 2009).

In conclusion of this research, several limitations are considered in terms of their ability to influence future research on severe service failures, coping and vindictive word of mouth behavior. The first limitation that should be acknowledged is that, in line with Schoefer and Diamantopoulos (2008), the use of online discussion groups such as restaurant complaint forums may have resulted in a somewhat biased sample, attracting more emotional or negatively biased consumers. Thus, a larger and broader sample would bring more diversity and richness to the study and extend the generalizability of the results. 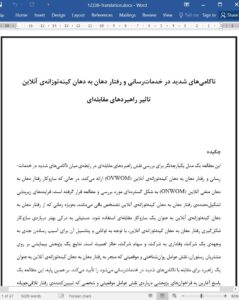 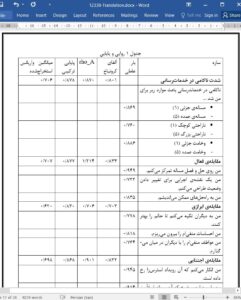 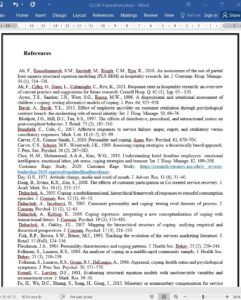