Since the 1970s, sport has assumed an ever-increasing role within the globalization of business and public events with sports participants, capital, and labor moving around the world. With global sport events like the Fédération Internationale de Football Association (FIFA) World Cup of soccer or the Olympic Games capturing world-wide audiences, sports events have become highly sought-after commodities. Professional sports in developed economies are viewed as a pathway out of poverty; some examples are soccer players in Africa and Latin America or runners from Africa and the Caribbean. Since the 1990s, there has been a dramatic increase in international athletes coming to the United States (U.S.) to participate in intercollegiate athletics in exchange for a subsidized university education. Many countries have or are developing sport tourism and event-driven economies in order to increase the influx of hard currency (Nauright, 2015). However, in the process of global sport and event development, many countries are left behind without the necessary infrastructure or visibility to compete successfully. In countries such as South Africa, regions able to host large-scale events may experience an influx of revenue; yet, most of that does not reach peripheral areas of the country (Giampiccoli & Nauright, 2017).

The process of showcasing a culture in the lead-up to a sport event and during the event itself has had to focus on ready-made markets, thus reinforcing stereotypes about a place and its people that may or may not be beneficial. The sport-media-tourism complex (Nauright, 2004, 2015) driving global sport is multifaceted, uneven, but becoming more universal as cities such as Kazan, Almaty, Beijing, Seoul, Hong Kong, New Delhi, Rio de Janeiro, Buenos Aires, and others seek to host major global events. Soccer leagues in South Africa, South Korea, Japan, and most significantly, China, which are all minor players in the latter 20th century, are net importers of soccer talents from other countries; for example, the Chinese Super League is challenging the top European leagues and teams for the best players from around the world. During the 1980s and 1990s, this process intensified as governments increasingly diverted large sums of money into national sporting programs aimed at succeeding on the international stage. 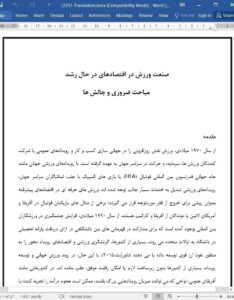 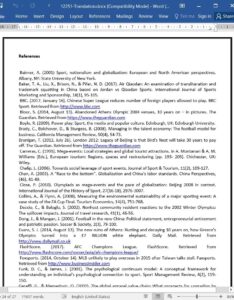