Materials and Methods 300 PD patients were enrolled. Patients’ general information and the results of assessments including UPDRS, H-Y, HAMD, HAMA, ADL and PDQ-39 were collected. They were divided into depression group and non-depression group according to HAMD score. The relationship between PD-related depression and quality of life and the factors that influence the quality of life of PD patients were analyzed based on PDQ-39 score.

Conclusion PD patients with psychological problems such as anxiety and depression may lead to a significant decline in the quality of life of patients in all domains.

Parkinson’s disease (PD) is one of the common degenerative diseases. With the aging of population, it is estimated that there will be up to 5 million PD patients by 2050 in China. The pathogenesis of PD is still unknown, and the pathology is characterized by degeneration and necrosis of dopaminergic neurons in the substantia nigra. Clinically, in addition to typical motor-related symptoms, PD patients are suffered from non-motor symptoms such as depression, cognitive impairment, olfactory disorders and autonomic nerve symptoms. Among them, the incidence of depression is the highest (40–70 %), and most antidepressants have limited efficacy on it [1–3], suggesting that the mechanism may be different from that of general depression. 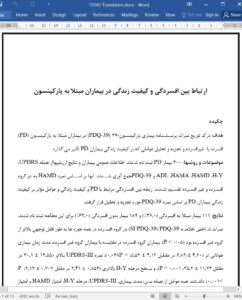 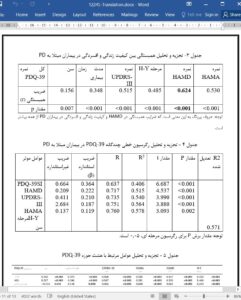 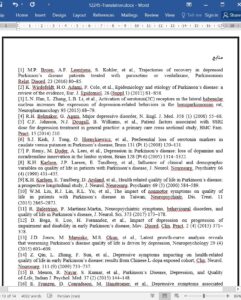