The paper examines the construct of ethical leadership. Ethical leaders think about long-term consequences, drawbacks and benefits of the decisions they make in the organization. They are humble, concerned for the greater good, strive for fairness, take responsibility and show respect for each individual. Ethical leaders set high ethical standards and act in accordance with them. They influence ethical values of the organization through their behaviour. Leaders serve as role models for their followers and show them the behavioural boundaries set within an organization. They are perceived as honest, trustworthy, courageous and demonstrating integrity. The more the leader “walks the talk”, by translating internalized values into action, the higher level of trust and respect he generates from followers.

In spite of decades of discussions and research on ethical leadership the papers are largely anecdotal and remain highly normative (Brown & Trevino, 2006). Until very recently “little has been done to systematically develop an ethical leadership construct necessary for testing theory about its origins and outcomes (Brown, Trevino, & Harrison, 2005, p. 118)

Can a company be successful and competitive on the market and at the same time ethical? Akers believes that market success and ethical conduct go hand in hand: “Ethics and competitiveness are inseparable. We compete as a society. No society anywhere will compete very long or successfully with people stabbing each other in the back; with people trying to steal from each other; with everything requiring notarized confirmation because you can’t trust the other fellow; with every little squabble ending in litigation; and with government writing reams of regulatory legislation, trying business hand and foot to keep it honest”(Akers, 1989, p. 69). It pays to be ethical, is one of the key findings in a study by U.K. Institute of Business Ethics. In a sample of 350 large U.K. “ethical” companies (where performance was measured between 1997 and 2001) there was strong indicative evidence that companies with codes of business ethics produced an above-average performance when measured against a similar group without codes (Fulmer, 2004). 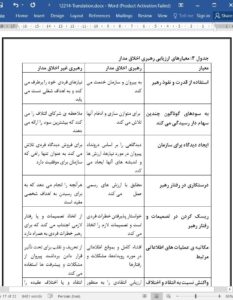 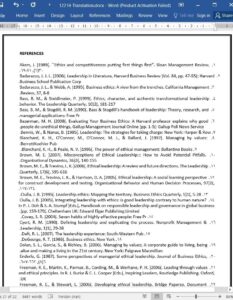