Renewable energy sources (RESs), e.g. wind and solar photovoltaics, have been increasingly used to meet worldwide growing energy demands and reduce greenhouse gas emissions. However, RESs are normally coupled to the power grid through fast-response power converters without any inertia, leading to decreased power system inertia. As a result, the grid frequency may easily go beyond the acceptable range under severe frequency events, resulting in undesirable loadshedding, cascading failures, or even large-scale blackouts. To address the ever-decreasing inertia issue, this paper proposes the concept of distributed power system virtual inertia, which can be implemented by grid-connected power converters. Without modifications of system hardware, power system inertia can be emulated by the energy stored in the dc-link capacitors of grid-connected power converters. By regulating the dc-link voltages in proportional to the grid frequency, the dc-link capacitors are aggregated into an extremely large equivalent capacitor serving as an energy buffer for frequency support. Furthermore, the limitation of virtual inertia, together with its design parameters, are identified. Finally, the feasibility of the proposed concept is validated through simulation and experimental results, which indicate that 12.5% and 50% improvements of the frequency nadir and rate-of-change-offrequency (RoCoF) can be achieved.

INCREASING demands for the reduction of carbon footprint necessitate the large-scale integration of renewable energy, leading to a dramatic change of modern power systems. In particular, power system inertia provided by the rotating masses of synchronous generators continues to decrease. The reason is that renewable energy sources (RESs), e.g. wind and solar photovoltaics, are normally coupled to the power grid through fast-response power converters, which do not possess any inertia [1]. However high power system inertia, i.e. large kinetic energy buffer, is usually desired as it can slow down the dynamics of frequency change and reduce frequency deviations, which effectively avoid undesirable load-shedding, cascading failures, or large-scale blackouts under frequency events [2].

This paper has proposed a concept for grid-connected power converters to generate distributed virtual inertia, which can effectively increase power system inertia and reduce frequency deviations as well as the changing rate of grid frequency under large disturbances. The virtual inertia is emulated by the dc-link capacitors of grid-connected power converters without increasing system cost and complexity. Taking the grid frequency as a common signal, gridconnected power converters may easily modify their dc-link voltages proportionally. As a result, all the dc-link capacitors are aggregated into an extremely large equivalent capacitor for frequency support. Furthermore, the design parameters of virtual inertia, e.g. dc-link capacitance, dc-link voltage, and maximum dc-link voltage deviation have been identified. The simulation and experimental results indicate that a 12.5% reduction of the frequency deviation and a 50% improvement of the rate of change of frequency (RoCoF) can be achieved by the proposed concept. 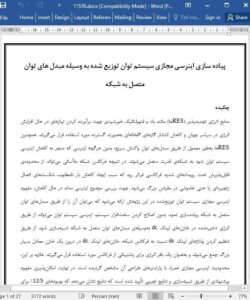 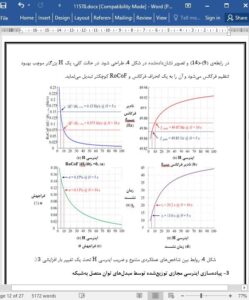