The pervasive managerial logic of branding has established a stable foothold in the context of place management. Yet the question of whether places, such as cities, regions and nations, can be effectively managed using marketing techniques remains elusive, as place brands and company brands have been observed to differ in various ways. A key characteristic of this difference is the possibility of a company brand of being created from scratch and having its associations and characteristics carefully tailored to suit the needs of its authors. While the control of a company brand can easily be lost and its meaning relies on a reading of the brand by anyone receiving its message, the control that can be exerted over which meaning is attributed to a company brand appears almost absolute when compared to a place brand. A place is a brand often long before it is formally branded. A place brand – like a city, region or nation brand – is per definition attached to a system of geographical abstractions in quasi-cartographic form in which each city, region or nation is understood in relation and contrast to other geographical entities. For those who seek to alter perceptions about a place, this presents a challenge, since the role of a place in this system of geographical abstractions constitutes a piece of information more vital than any other in defining the place. Our understanding of places cannot be separated from their scale, and any effort at managing the reputation and meaning of a certain place will be interpreted in an unintended way due to interrelations between these abstract representations. For instance, a particular region is likely to be seen as part of a bigger context – for instance, the nation. Most of the time, the nation is in turn also part of a higherorder place (e.g. the European Union or Africa). Using the example of nation branding for Sudan and Slovenia, one can identify supranational places such as “sub-Saharan Africa” or “Eastern Europe”, carrying their own highly salient and often negative meaning in much of the Western world. We explore how association to a system of place is thought to influence the prospects of branding campaigns and introduce and discuss how reassociation can serve as means of mitigation of negative supranational belongingness. In doing so, we discuss also the challenges of interregional branding in this regard, where perceptions of two (or more) different nations interfere.

Regional and nation branding, defined as the organized communication aimed at influencing a region’s or nation’s reputation, appears to be a promising potential counter to the torrent of negative press typically characterizing the pre-transitional economies in the so-called third world. The tendency of these communication initiatives to fail to live up their lofty promises raises an interesting question – why the lack of return on reputational investment? In the present text the argument that potential consumers of a place often make sense of a nation as a part of a larger system and that this system of places in its aggregated form carries its own meaning. 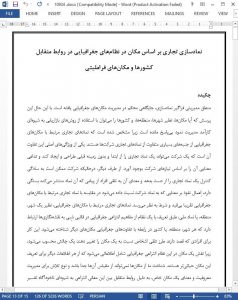 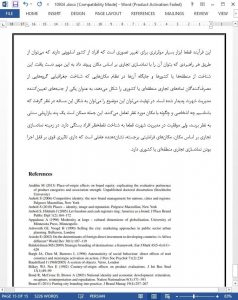