This paper analyzes the similarities and differences between an ontology (focused on meaning), and a database schema (focused on data). We address questions about purpose, representation, creation, usage and semantics of each. We distill out twenty-five features that characterize these two representational artifacts, the majority of which are relevant to both. Each has a strong semantic heritage using formal logic to build conceptual models of some subject matter. And while there are differences in 90% of the features, the differences are mostly historical, not technical. We identify pros and cons for each, and notice that there is usually no free lunch. The disadvantage that you think you are getting rid of may show up elsewhere in a different and unexpected way. We close by considering how ontology contributes to enterprise data integration. The emergence of using URIs as global identifiers (e.g. in OWL) dramatically enhances data integration as well as schema reuse and sharing. The primary focus on meaning helps ontology break through a lot of unnecessary complexity that exists in large traditional databases and greatly simplifies the process of integration. Ontology is providing a glimmer of light at the end of the tunnel for enterprise-wide data integration. Keywords: Ontology, schema, database schema, conceptual model, logical schema, physical schema, triple store, relational database, data integration Accepted by: Leo Obrst

We address the frequently asked question: what is the difference between an ontology and a database schema? This paper adopts a conversational perspective focusing on operational and pragmatic issues rather than attempting to offer deep theoretical insights into formal matters. Because they are by far the most prevalent, we will focus mostly on relational schema. Some but not all of our remarks will apply beyond the relational model, where there are many ways to specify schema and represent data. JSON an XML schema are popular. There are also deductive databases object-oriented databases and graph databases.

In closing, we note the important role that ontology plays in data and enterprise integration. Data integration/interoperability is a pressing need in most organizations. One reason for this, is that each application uses its own database, even when the applications are doing similar things. Also, more databases show up each time a company grows by acquisition. There are various barriers to integrating databases:

1. The lack of globally unique identifiers that span all the systems and databases in an organization.

2. The amount of work it takes to find out what the schema means, largely due to the semantics not being readily available, but also due to . . . 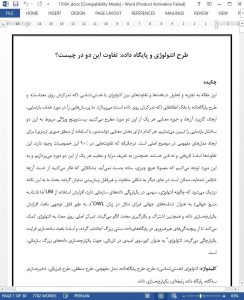 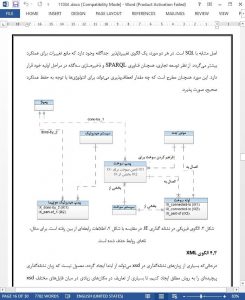 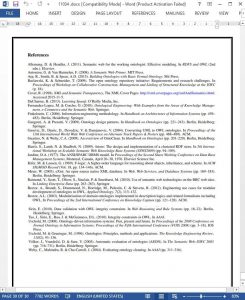