While the trend toward the use of teams and team-based organizations continues, a surprisingly high percentage of teams do not live up to their promise and fail to accomplish their goals (Parisi-Carew, 2011; Tabrizi, 2015). As a fruitful way to increase the likelihood of teams’ success, managers are advised to cultivate team members’ collective identification with their team (hereafter team identification), a sense of Bwe^ and a perceived oneness between themselves and their team (Ashforth & Mael, 1989; Ellemers, De Gilder, & Haslam, 2004). Team identification makes members more likely to embrace their team’s interests as their own (Brewer & Gardner, 1996); consequently, they are more willing to put forth extra effort on behalf of their team (Christ, van Dick, Wagner, & Stellmacher, 2003, Riketta & van Dick, 2005; van Knippenberg & van Schie, 2000). In addition, team identification has been found to facilitate effective conflict management in teams (Hinds & Mortensen, 2005; Somech, Desivilya, & Lidogoster, 2009) and to improve the team processes of teams with highly diverse membership (Mitchell, Parker, & Giles, 2011; van der Vegt & Bunderson, 2005). Because of such positive implications of team identification, scholars have been interested in finding the factors that lead employees to identify with their team (Ashforth, Harrison, & Corley, 2008).

The question of whether transformational leadership influence on collective identification can always be sustained has rarely been raised. With an explicit focus on the team as both the location of leaders and the target of employee identification, our study demonstrated that team leaders’ charismatic influence is not sustained in the presence of structural substitutes, such as task interdependence, whereas their influence through intellectual stimulation and individualized consideration is negated by neutralizers of leadership, such as large team size. Understanding such contingencies for specific leader behavioral dimensions can contribute to increasing the effectiveness of team leaders. 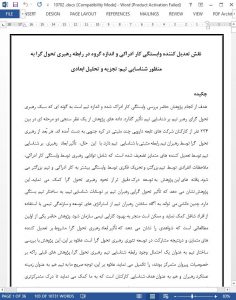 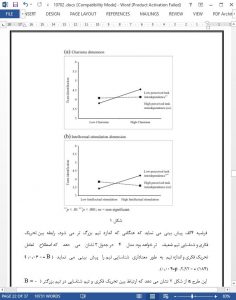 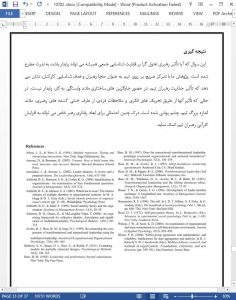