Te importance of public transport systems continues to grow.Tese systems must respond to an increasing demand for population mobility and trafc disturbances. Rail transport networks can be considered as Discrete Event Systems (DES) with time constraints. Te time factor is a critical parameter, since it includes dates to be respected in order to avoid overlaps, delays, and collisions between trains. P-time Petri Nets have been recognized as powerful modeling and analysis tools for railway transport systems. Temporal disturbances in these systems include railway infrastructure, trafc management, and disturbances (weather, obstacles on the tracks, malice, social movement, etc.). Te developments presented in this paper are devoted to the modeling and the study of the robustness of the railway transport systems in order to evaluate the stability and the efciency of these networks. In this study two robust control strategies towards time disturbances are presented. Te frst one consists of compensating the disturbance as soon as it is observed in order to avoid constraints violation. Te second one allows generating, by the control, a temporal lag identical to the disturbance in order to avoid the death of marks on the levels of synchronization transitions of the P-time Petri net model.

In railway transport systems, a temporal disturbance cannot be predicted or prevented. Our research focuses on the elimination and compensation of these disturbances by an application of robustness control techniques.

The modeling and the study of the robust control strategy facing disturbances in railway transport system constitute the main contributions of this paper. P-time Petri nets are used for modeling. Some defnitions are quoted in order to build a theory dealing with robustness problem.

Two approaches for the robust control are presented. Te frst one consists of compensating the disturbance as soon as it is observed in order to avoid constraints violation on the levels of synchronization transitions of P-time PN model. Te second strategy allows generating by the control, a temporal lag identical to the disturbance, on the parallel path of the propagation of the disturbance. It is shown that the established strategy allows averting catastrophic scenarios and avoiding the violation of time constraints in order to guarantee the stability and safety of railway trafc. 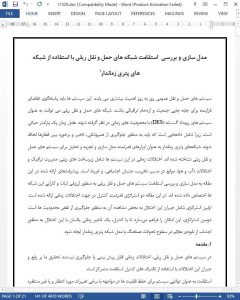 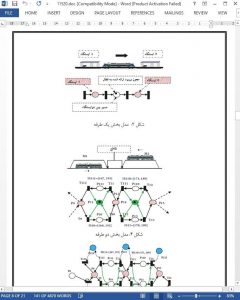 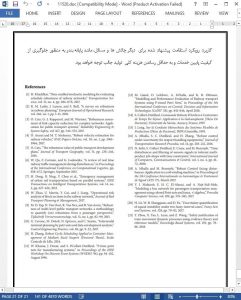