Consider a partnership consisting of two symmetrically informed parties who may each own a share of an asset. It is ex post efficient that tomorrow the party with the larger valuation gets the asset. Yet, today the parties can make investments to enhance the asset's productivity. Contracts are incomplete, so today only the ownership structure can be specified, which may be renegotiated tomorrow. It turns out that shared ownership is often optimal. If the investments are embodied in the physical asset, it may be optimal that party B has a larger ownership share even when party A has a larger valuation and a better investment technology. When shared ownership is taken into account, joint ownership in the sense of bilateral veto power cannot be optimal, regardless of whether the investments are in human capital or in physical capital.

Consider a partnership consisting of two risk-neutral parties each of whom owns a share of an asset that can be traded tomorrow. Clearly, it is ex post efficient that the party with the larger valuation of the asset will get 100 percent of the asset tomorrow. Yet, suppose that today the parties can make non-contractible investments in order to enhance the productivity of the asset. We analyze who should initially own the asset, given that tomorrow negotiations between the symmetrically informed parties will result in the ex post efficient ownership allocation.

This paper provides an incomplete contracts perspective on shared ownership and the partnership dissolution problem. In line with the established property rights approach to the theory of the firm, the party with the better investment technology (i.e., the party with smaller investment costs) should be the initial owner if only sole ownership is feasible and the parties have the same valuation for the asset. However, when the parties’ valuations differ, then the optimal ownership structure crucially depends on the nature of investments. In particular, we have found that when the investments are in physical capital, then the party with the smaller valuation should be the initial owner if only sole ownership is possible. Moreover, in line with the partnership dissolution literature, we have found that shared ownership (which is usually neglected in the property rights literature) is often optimal. Yet, the reason for the optimality of shared ownership is different. So far, the partnership dissolution literature was concerned with achieving ex post efficiency under asymmetric information, while we have instead focused on the provision of investment incentives in an incomplete contracting framework with symmetric information. Furthermore, we have shown that even when investments are (fully or partially) in physical capital, joint ownership in the sense of bilateral veto power is never optimal. Hence, to the extent that bilateral veto power is observed in practice, other explanations such as asymmetric information are required. 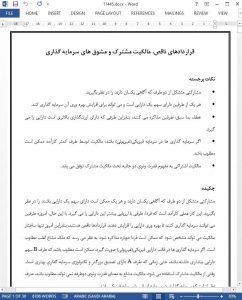 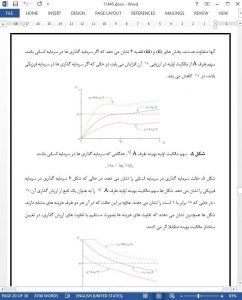 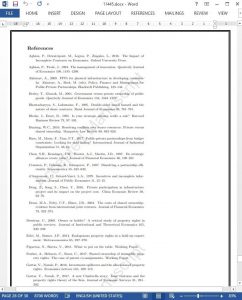