Using Hamilton’s principle the coupled nonlinear partial differential motion equations of a flying 3D Euler–Bernoulli beam are derived. Stress is treated three dimensionally regardless of in-plane and out-ofplane warpings of cross-section. Tension, compression, twisting, and spatial deflections are nonlinearly coupled to each other. The flying support of the beam has three translational and three rotational degrees of freedom. The beam is made of a linearly elastic isotropic material and is dynamically modeled much more accurately than a nonlinear 3D Euler–Bernoulli beam. The accuracy is caused by two new elastic terms that are lost in the conventional nonlinear 3D Euler–Bernoulli beam theory by differentiation from the approximated strain field regarding negligible elastic orientation of crosssectional frame. In this paper, the exact strain field concerning considerable elastic orientation of crosssectional frame is used as a source in differentiations although the orientation of cross-section is negligible.

Beams are one of the most important structural elements in engineering fields. To provide the structure with less weight makes designer choose more flexible beams. As the flexibility of the beam increases, its dynamic modeling becomes more complicated in return. 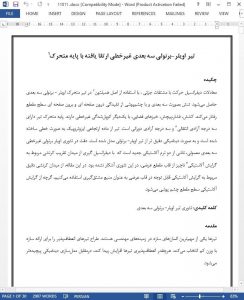 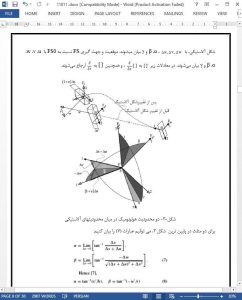 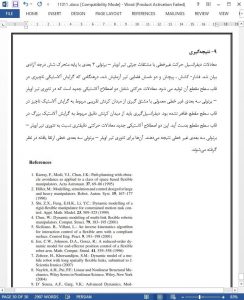