This paper proposes an improved topology of the three-phase series resonant DC-DC Boost converter with variable frequency control. The DC output voltage can be properly regulated at a constant value from no-load condition to full-load condition by adjusting the switching frequency. This is feasible with the three series resonant circuits coupled to the three-phase inverter. The leakage and mutual inductances of the step-up transformer are used implicitly in the series resonant circuits. Therefore, the proposed converter, when matched to the traditional three-phase inter-leaved LLC converters, requires fewer transformers, passive components, and switching devices. Furthermore, it offers better efficiency and size reduction. The proposed SRC converter also relies on the transformer’s magnetizing inductance to ensure zero voltage switching (ZVS) for all the switches within the considered range of the operating frequency. The deployed variable frequency controller shows a good level of stability at the considered loading conditions. The output voltage-to-input voltage ratio is steadily regulated at 6:1, irrespective of the load variation, by varying the switching frequency. The experimental validation of the theoretical findings proceeded on a low power scaled-down laboratory prototype. From the achieved results, the performance of the proposed converter (in terms of its effectiveness) was validated. 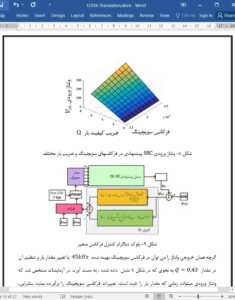 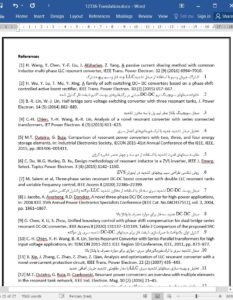